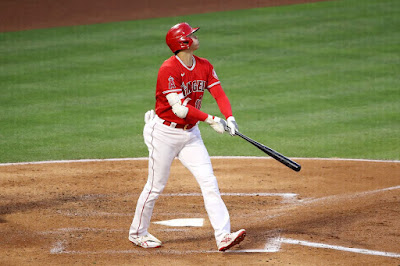 Although the Minnesota Twins had a lackluster showing in 2021 it doesn’t stop the from nearing a completion. As competing teams look towards the postseason, it’s first time to take a look at the individual standouts. Each year I have the privilege of voting through the IBWAA and sharing the selections creates transparency.

This season we saw a return to normalcy following an abbreviated run during a global pandemic a year ago. The treat was a two-way player doing unprecedented things within the sport, and some utterly dominant stars. When handing out the hardware, here’s who I went with:

In what otherwise would be considered an unmatchable season, the Blue Jays slugger gets trumped by the Angels star that brings something to the sport we will likely never see again. Shohei Ohtani has paced the sport in longballs while being in the middle of a Cy Young conversation. Add his blistering speed to the equation and you’ve got some sort of a robot.

Maybe the quietest of the star performances this season, Bryce Harper has been a catalyst for the Phillies. His 1.032 OPS leads the league and his 32 longballs have a chance to threaten his previous MVP season with a strong finish. Tatis Jr. looked like he may run away with this award in the early going, but Harper has been steady and gets the nod here.

The Yankees ace has had little trouble without the use of sticky substances and being good before seems to have continued with the new set of rules. He’s still dominant, striking everyone out, and keeping runs against to a minimum. Blue Jays free agent acquisition Robbie Ray has made plenty of noise and is a worthy choice, but it’s just not quite enough to unseat the man in pinstripes.

Being as dominant as Mad Max has been on two different teams this year is a feat in and of itself. Despite being dealt, the former Nationals ace has relocated and picked up right where he left off. Recently joining the 3,000 strikeout club, Scherzer has earned every bit of his fourth Cy Young. Burnes has been exceptional for the Brewers, and would be a fine choice as well, but I had to side with Scherzer on the coin flip.

After starring in the postseason last year for Tampa Bar, Arozarena continued to be an incredible asset on the American League’s best team. He’s got the ability to contribute in so many different categories and has been consistent in a lineup needing him to produce. Texas saw plenty of power production from Adolis Garcia, and he’ll be fun to watch as his game develops more in years to come.

A former 5th overall pick, India debut and hasn’t disappointed. With nearly an .850 OPS his power has been on full display. He’s already got 20 longballs and has a shot to finish with 10 steals. At second base the production is a massive boost for Cincinnati, and he’s rounded into a cornerstone type player. The Cubs Wisdom has been a great story, and the home run production has been off the charts. He too has been very fun to watch.

What more can you say about a man that continues to do more with less? Cash has been given teams requiring managerial talent and positioning. Players needing to develop and be utilized in the correct situations, the man voted as “best looking” continues to push all of the right buttons. What the Astros have returned to is impressive, but they’re still looking up at the Rays.

Cast off from the Phillies and coming off a near-.500 mark in his first season with the Giants, Kapler took a team with no considerable shot for the postseason and turned them into arguably the National League’s best team. Having added veteran talents at the deadline, he’s continued to massage egos, time, and talents in an effort for the winning to continue. Part of the new wave, he’s fended off the Dodgers and their loaded roster under Dave Roberts.

Signed to a big deal over the winter, Liam Hendriks has delivered for the only competitive team in the AL Central. Working as Tony La Russa’s closer, he’s been used traditionally and has held down the role even past the acquisition of Craig Kimbrel. Hendriks has been elite for some time now, but his 34 saves lead the league, and his 14.0 K/9 is a new career high. The Astros Ryan Pressly has pushed himself up into a similar realm.

Milwaukee has pitched their way to dominance this season and it’s been in both the rotation and bullpen. Hader has been as good as ever, and Devin Williams was in consideration here as well. The lanky fireballer has racked up 31 saves and complied a whopping 15.3 K/9. Los Angeles has gotten consistent run from Jansen, but it hasn’t quite been a career year.