Did the Twins Fleece Tampa Twice? 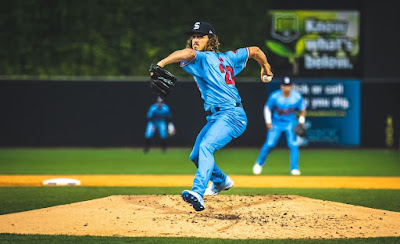 Teams are often considered to be on the losing end of trades when dealing with the Tampa Bay Rays. The brass in St. Pete does more with less, and players seem to get better when going to Florida. Did the Twins just get them for a second time though?

Derek Falvey and Thad Levine made a deal with Tampa prior to the 2018 season. They sent infield prospect Jermaine Palacios out in exchange for starting pitcher Jake Odorizzi. After a solid but mediocre debut season, Odorizzi was an All-Star in 2019 and posted a career best 10.1 K/9 bolstering his 3.51 ERA. Palacios had a .575 OPS as a 21-year-old during his debut season in the Tampa organization, and dropped to a .542 OPS as a 22-year-old repeating Double-A. Now back at Double-A for Minnesota, he’s 24 and owns a .745 mark at the level.

Regardless of what happens with Palacios, it’s hard not to see how Odorizzi worked out a win. Could that be happening again in terms of Nelson Cruz and Joe Ryan?

The Twins had to deal their designated hitter. Cruz is 41-years-old and it’s more than evident this season was lost for Minnesota. Despite his .907 OPS here, Cruz needed to be flipped for any semblance of a return at the deadline. Getting a pitcher like Ryan, capable of fitting into the top-half of a rotation, seemed like a coup for the front office.

It’s far too early to make determinations on what Ryan will be, but Tampa has to be underwhelmed in what they received. Cruz just recently surpassed the .700 OPS mark (thanks in part to facing his former club), and has just a .219 average with a .273 on-base percentage. It plays for a team that needed a big bat, but Nelson hasn’t been close to the Boomstick the Twins knew him as.

Minnesota must be pleased with what they’ve seen from Ryan. In 9.0 IP for St. Paul he had a 17/2 K/BB and allowed just two earned runs. After returning from the Olympics as Team USA’s ace, that was enough to earn his first big league promotion. Across five innings he surrendered three runs while punching out five and walking one. The book that was suggested at Triple-A continued to read correctly at the Major League level, and it’s a step away from what has become tradition.

Ryan is not a fireballer. His average fastball velocity for the Twins sat at just 90.8 mph. In a league focused on hitting triple-digits, it’s an uphill battle for a ball like that to play. His four-seam generated an average of 2,100 RPM and is used up in the zone. Twins Daily’s Parker Hagemen broke down the success of locating that pitch, and why it should be believed that the lesser velocity can still have a tremendous effect at the highest level.

how does 90mph get that many swing and misses?

ryan releases at 5.05 ft, one of the lowest for non-side-armers.

One start is entirely too soon to crown Ryan as Minnesota’s next ace. From my vantage point, I’m not even sure his stuff has that type of ceiling. What I do know is that the Twins getting this much control over Ryan in exchange for two month of an aging Cruz on a bad big league team is a steal in every sense of the word. Derek Falvey and Thad Levine don’t have a good track record on the free agent market, and their trades could even be questioned at times. When they’ve dealt with Tampa though, it’s hard not to consider the front office a resounding two-for-two.
Posted by tlschwerz at 7:33 AM