Did the Real Mitch Garver Stand Up? 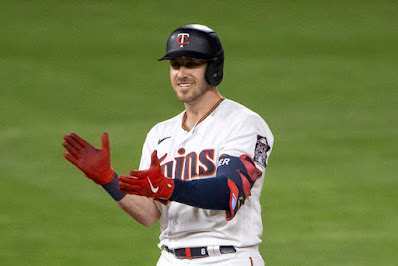 Suggesting that 2020 was an awful year for Mitch Garver would be putting it lightly. Even with the small sample size, he left plenty to be desired going into the season. But now, where has the dust settled?

In trying to play a season through a global pandemic plenty was made regarding the small sample size even a full slate of games would provide. Offering players just 60 games of runway largely invalidated the length necessary for baseball statistics to normalize. For Minnesota Twins catcher Mitch Garver, the total was just 23 games and his .511 OPS looked like a far cry from his Bomba Squad contributions a year prior.

Shelved for the stretch run, Garver ceded time to rookie Ryan Jeffers. The 2018 draftee was selected for his bat and the .791 OPS through his first 26 games at the big league level made things interesting. It appeared that the Twins would either have a nice tandem if Mitch returned to form, or that their new pick would unseat the veteran.

Fast forward to where we are today, and the roles have reversed. Through 79 games this season Jeffers has just a .666 OPS and was demoted to Triple-A in favor of non-hitting defensive option Ben Rortvedt. Garver meanwhile has rebounded to the tune of an .880 OPS but again has been hampered by injuries and played in just 61 games.

Missing most of his time this season due to an unfortunate foul ball ricochet, it’s fair to suggest that Garver’s injury situation has been fluky at best. Recently a nagging back has kept him out, but a return to the lineup for the final two weeks has now commenced. The production itself has returned, but we’re dealing with a sample that would’ve been considered too small just a season ago.

That leaves Derek Falvey and Thad Levine in an interesting position going into the offseason. 2020 saw the Twins opting for a split with veteran backstop Alex Avila. It’d be unfortunate if the roster needs a player like that given Minnesota’s internal options. What needs to happen however, is that this version of Mitch Garver continues to present itself over the course of a full season in 2022.

The knock on Garver has always been his defensive ability. Ratcheting up his framing prowess and receiving skills took his game to new heights, and the bat that has always been his calling card has stood out since his true emergence on the big league roster. With an electronic strike zone looking more likely than not, the Twins need a thumping version of Garver to remain productive.

At 30-years-old there’s not much reason to worry about the expense side of the equation. Under team control until he’s entering his age-34 season, Garver could be carried through arbitration without ever truly needing a long-term extension. Minnesota certainly could opt to keep Garver around if his production warrants it past his prime, but the incentive to do so will be entirely results based as opposed to necessary projection.

There’s plenty up in the air when it comes to the Twins in 2022. A team that was supposed to compete should have never flopped this hard. It’s been great to see Mitch Garver take back the reigns on his career however, and looking for a full runway of games, the goal will be to replicate the offensive performance once again.

Posted by tlschwerz at 9:36 AM