What the AL Central Taught Us in a Full Season 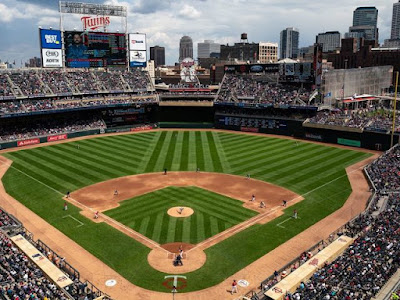 Forget the fact that 2020 was an uncharacteristically weird and difficult year in and of itself, trying to deduce anything from the shortened baseball season proved impossible. Back to a more traditional slate in 2021, we have some storylines to actually dive into.

Rather than focusing just on the Minnesota Twins, I think it’s worthwhile to take a look at the division as a whole. The AL Central was projected to be among baseball’s worst, and while that may be true, there are some signs of hope across the board. New contenders emerged, and talents have risen. Here’s a few of my takeaways from each of the competitors within the division.

Expected to compete with the Twins for an AL Central division title, Chicago ran away with it. Up by more than double-digits for most of the second half, this season was not the Southsiders playing little brother to the nationally branded Cubs anymore. This wasn’t much of a race from about May on, and that was definitely to Chicago’s credit.

Tony La Russa’s club dealt with more injuries than anyone in the division, and despite depth seeming like a question, they weather and excelled through the storm. Luis Robert looks like an absolute problem, and Eloy Jimenez is going to hit a boatload of homers. Lance Lynn has been a Cy Young candidate all year, and Liam Hendriks has been every bit the stud closer he was signed to be. Sustainability appears to be there for the White Sox, and if anyone wants to knock them off their throne they’ll need to rise up in a big way.

If there’s opportunity for Chicago it may come down to a lack of challenge. They’ve played .500 baseball since mid-season, but they haven’t had anyone provide a test within the division. Depending on how the Postseason goes for them, tenacity could be ratcheted up in 2022 and a 100-win campaign may be their next goal to surpass.

The most notable thing that Cleveland has done this year may be changing their name to the Guardians. This was a team expected to take a step backwards and it has. Built largely around stud pitching, they’ve dealt with substantial injuries to the rotation. Once baseball cracked down on sticky substances, few organizations found it more detrimental than these guys did. Star reliever James Karinchak is a mess, and there’s more uncertainty about a future direction for this club than ever.

Jose Ramirez remains a stud, but it still was probably a down year by his standards. Team options remain each of the next two seasons, and while it will be picked up, there’s little reason for a talent like this to be a part of a rebuild. Cleveland doesn’t have much around the diamond, has remained lost in the outfield, and they could be looking at Terry Francona deciding his health won’t allow for a return.

Consistently one of the division’s best, this is definitely looking like an opportunity for a changing of the guard. They haven’t been horrible by any means, but the lack of anything noteworthy happening for Cleveland this season is about as descriptive as one could imagine.

Arguably one of the best surprises this season has been the emergence of the Detroit Tigers. Under new management in the form of A.J. Hinch, this isn’t a Ron Gardenhire club looking to get through to the next wave anymore. Detroit has been the best team in the division since about the halfway point, and that’s scary for anyone uncertain if they’re figuring it out.

Miguel Cabrera reached his milestone, but this team is all about the youth movement. Matt Manning made his debut, Casey Mize has looked the part at times, and Akil Baddoo has looked like one of the best Rule 5 Draft selections in history. Add in that top prospects like Spencer Torkelson and Riley Greene are both at Triple-A and the talent pool gets even scarier for this club.

I’m not sure we’ve seen enough to suggest Detroit is making the leap in 2022 yet, but there’s no doubt the arrow for the organization is pointing straight up. Hinch is a good man to lead them. The front office needs to be a bit more forward thinking and show aggressiveness, but the Tigers don’t reside in the doldrums anymore.

I picked the Royals to unseat Cleveland for third in the division this year, and while they’re six games behind, the narrative is of a fast start and then quickly gassing out. Kansas City made some interesting moves this offseason in hopes of raising their water level. Most of them had safe floors and low ceilings. With peaks coming early for a lot of that talent, they sputtered quickly and never really leveled off.

The Royals are in a weird spot with many of their regulars. Salvador Perez put up a career year but will be 32-years-old despite now being signed through 2025. Carlos Santana has not been good, and Andrew Benintendi needed a late season surge to save his slash line. The rotation has seen some great exposure for youth like Brady Singer, Kris Bubic, Daniel Lynch, and even Jackson Kowar. Is it enough to jumpstart the turnaround in 2022 though?

Helping the Royals out will be a pair of infielders ready to rake. Bobby Witt Jr. and Nick Prato both appear big-league ready, and they should be able to step in quickly next season. This is a team with plenty of questions, not a ton of certain answers, but some very intriguing options.

If there was a group that failed in the division there’s no where else to turn than the Twins. Expected to defend two straight division titles, they never made things interesting with Chicago. Pitching started out a disaster and then shifted between which group was to blame. The offense took a while to get going, and then major injury issues set them back again.

Three of the best developments this season came in the form of health proving performance for Jorge Polanco, Mitch Garver, and Byron Buxton. The two former talents had down years with small sample sizes while playing through injury last season. Buxton only further substantiated that he’s among the best in the game when available. Both of the first two will be back, and while the third is under contract, he’s a year from free agency and the organization much decide which way to go.

Baldelli will be working through adversity for the first offseason of his career. Derek Falvey must retool the roster with talent that can be paired with youth in order to take a step forward. It was also made abundantly clear that too much depth is never a problem you’ll have.

Posted by tlschwerz at 2:03 PM