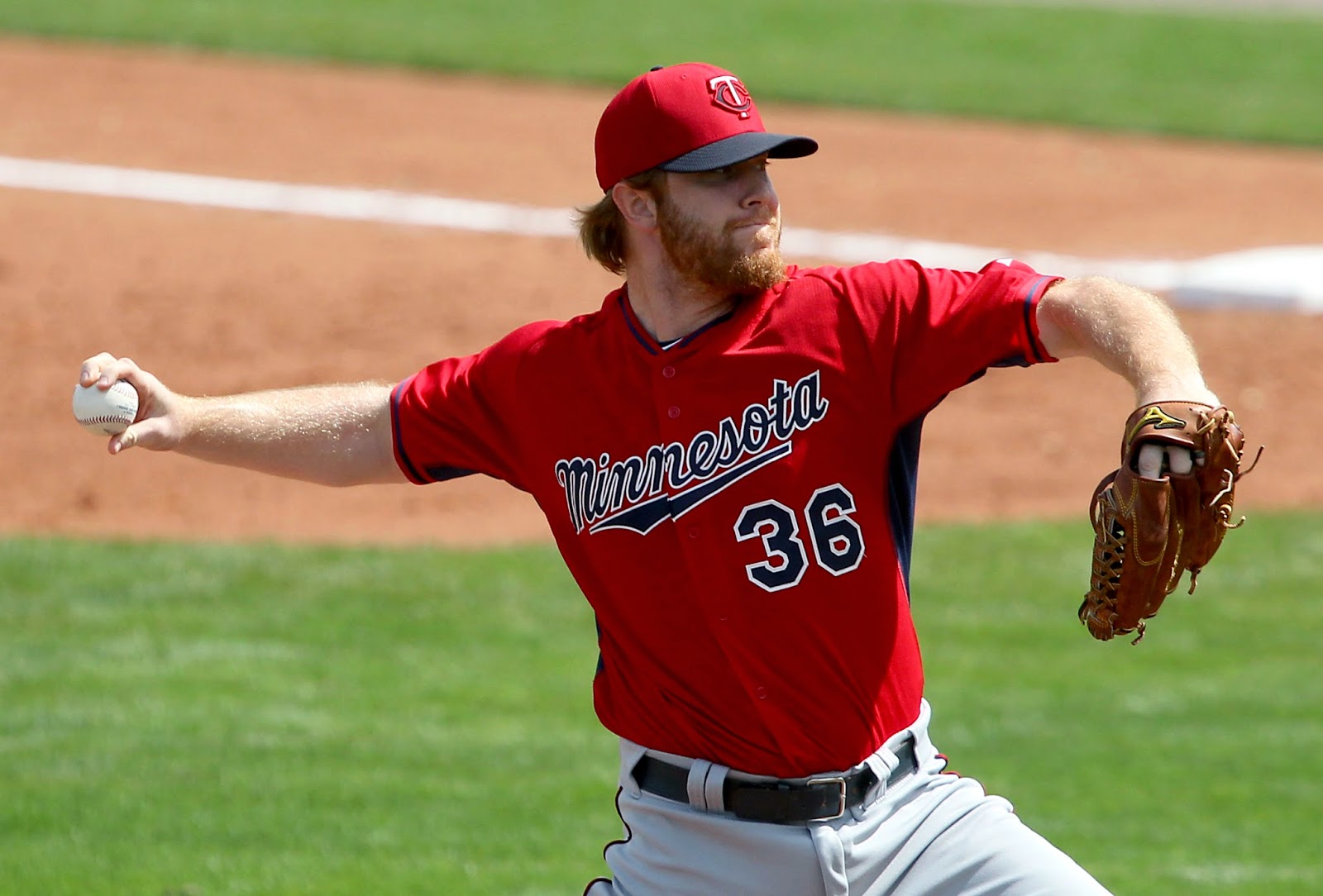 The Minnesota Twins have a week and a half of spring training action before they head north to face of with the Detroit Tigers to open the 2015 Major League Baseball season. For two players participating as non-roster invites, a decision time is certainly looming. Whether it's the Twins or each player choosing, the next steps in the careers of both Blaine Boyer and Shane Robinson are soon going to be figured out.

Both players were signed to minor league deals with spring training invites over the offseason. Robinson came to the Twins by way of the St. Louis Cardinals organization while Boyer moved on from the San Diego Padres. In the contracts of both players remains an opt-out date, which is set for March 30. As it stands, both are still in big league camp, but with Monday quickly approaching something has to give.

For Boyer, spring has been nothing short of impressive. Pitching in 9.2 innings for the Twins, he has accumulated just a 1.86 ERA giving up just five hits and two earned runs. More impressively, he has struck out five, while walking only one, and doing so allowing hitter to bat just .152 off of him. Boyer carries a salary under the seven-figure mark, and would be a high ceiling option. Pitching to the tune of a 3.57 ERA in 32 games with the Padres last season, Boyer could give the Twins an immediate boost in the bullpen.

At this point, the Twins likely have two undecided spots left in the bullpen. It would stand to reason that J.R. Graham appears poised to make the cut, leaving just one opening. If the Twins decide to send Trevor May back to Triple-A and keep Mike Pelfrey on the 25 man roster, it will undoubtedly be in the bullpen. The Twins would likely need to choose Boyer over Duensing (hint: they should), but that doesn't appear to be something that will take place. After going to arbitration with Duensing again this year, the Twins will likely ride out the connection they currently have with the lefty.

To say I have any idea what Boyer ends up doing couldn't be further from the truth. There is the potential that both the club and the former Padres pitcher will agree to push out the opt-out date a bit further. Right now though, I think Boyer should bank on his foundation of work, and that would be unfortunate for the Twins. He's proven his stuff is more than capable of getting major league hitters out, and he's coming off of a good year. He should be able to help someone out in the bullpen at the major league level this season.

Update: On Saturday morning, the Twins sent Aaron Hicks and Eddie Rosario to Triple-A Rochester. This puts both Jordan Schafer and Shane Robinson in motion for the centerfield job. As seen here, I'm not sure who missed more on the decision. Me for projecting wrong or the Twins for going through with it.

When the Twins went after Robinson, the train of though was outfield depth first and foremost. Knowing that Aaron Hicks remained a wildcard in centerfield, and Jordan Schafer isn't an enticing backup option, the Twins needed to bring in some competition. Hitting .276/.364/.379 across 29 at bats this spring, Robinson has been markedly better than his career numbers (.231/.303/.308). Last season for the Cardinals, Robinson played in just 47 games and failed to break the .150 mark at the plate. Needing to break the roster defensively, Robinson was always facing an uphill battle.

Looking at the way things stand now, there's no doubt that Robinson is the odd man out. I feel confident in saying there is next to zero shot he makes the Opening Day roster. The Twins aren't going to give up on Hicks without making him prove his 2014 minor league season wasn't a fluke. Behind him, Schafer makes more sense due to the speed he brings to the game. Ideally, the Twins would hope that Hicks could show enough ability to be the fourth outfielder, while stepping aside for Eddie Rosario to take over. No matter what way you cut it however, Robinson would be the fourth best option in centerfield, and that doesn't bode well for him.

Because the Twins have some outfield uncertainty, there's probably something to gain for Robinson if he sticks in the organization. Like Boyer, he could renegotiate his opt-out date and even decide to head to Triple-A Rochester. The Twins could use him as depth, even though there may not be much of a ceiling for him to expose here. Unlike Boyer, Robinson would likely struggle somewhat to find a new home, and may be needing to settle for time on the farm no matter where he goes. My guess is that he spends another week with the big league club before being sent to Triple-A and accepting the role.

When Monday roles around, things will become a lot more clear for both players as well as the Twins. Of the two, it's Boyer that belongs on the roster, but Minnesota may not be ready to find a place for him. At any rate, things should be sorted out soon.
Posted by tlschwerz at 8:07 AM