A Season of Availability for Byron Buxton 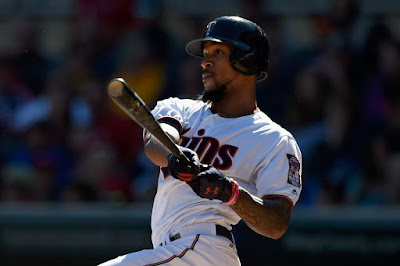 In 2018, the Minnesota Twins star centerfielder Byron Buxton has played just 28 games at the major league level. Among hitters with at least 90 plate appearances, he checks in third from the bottom (above just Trayce Thompson and Magneuris Sierra). With a potential to play a maximum of 162 games in 2018, Byron has gotten in just 61 across all levels of pro baseball. If there's anything to take away from a lost season, it's that the most important trait going forward has to be availability.

Injuries are always going to be a part of athletics, and at times, you're going to deal with relative flukes. From migraines to a foul ball breaking your foot, Buxton has tested that theory in earnest during 2018. What's unfortunate however is that this isn't the first instance in which the uber-talented outfielder has dealt with this type of setback. Byron has missed time in each of the past few seasons, and most of that time on the shelf seems at least somewhat preventable.

By playing the game with reckless abandon, Buxton has thrown himself into outfield walls more often than he'd probably like to admit. The catches and highlights from those moments play on loop for years, but it's worth wondering what the opportunity cost is. Slamming into the wall in order to make a single out while trading a few games of availability seems like quite the ask. It's a difficult line to decipher when you're questioning if 110% effort is truly the best plan for long term success.

From my vantage point, the most integral thing for the Twins to get Byron Buxton on track is a level of consistency. Allowing him to thrive at the major league level likely comes through a repetition of quality at bats and positive results. That blueprint requires him to be on the field, and in a position to compete on a daily basis. There's so much talent to be put on display, and he's significantly beyond the highest minor league level (as we've seen since his latest activation from the disabled list). Distancing him from the nicks and bumps that have taken Buxton off the field has to be the next step in this journey.

Not all of Buxton's injuries are related to his centerfield exploits. He's hurt his wrist on the basepaths and at the dish, obviously migraines are a bodily issue, and things like an errant foul ball are simply bad luck. No matter what the malady though, having the Twins training staff best position Byron for success is imperative to his future development. Maybe the answer is to add muscle mass, or maybe it's having a more distinct understanding of outfield dimensions. At any rate, a new design taken with a focus on consistent health seems of the utmost importance.

There's no reason to panic on the player at this point. Buxton is lightyears ahead of where his predecessor Aaron Hicks was at this point. Hicks is now the best centerfielder in baseball not named Mike Trout. Byron is also on par with the likes of Torii Hunter and Kirby Puckett at the same age. The talent and tools are all there for him to succeed, but he also needs to be physically capable of putting them on display in a more routine fashion.

Telling a player to take their foot off the gas pedal is never an optimal plan of action. I don't know that it's the right one to suggest for a guy that's coming off being the best defender in all of baseball either. If there was something I found myself hoping Torii could impart on Byron during spring action down in Fort Myers, it was how to play all out while still protecting yourself for the long run. The Twins Hall of Famer only missed significant time once in his ten full seasons with the club. It's worth speculating that Buxton could end up being better than Spiderman if he can consistently stay on the field.

Lost seasons from some of Minnesota's most important young players was always going to spell doom for the 2018 campaign. Going forward, the amount of time that Byron Buxton can limit away from the field of play only benefits the overall success of the organization. There's still a star in the making here, and worrying about the on field exploits does nothing for me. Keeping the young man healthy and in the action remains the biggest piece of the puzzle.
Posted by tlschwerz at 8:19 AM