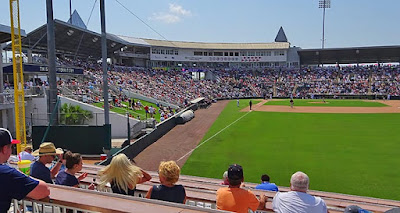 The last stab I took at this was on January 20th. There haven’t been many moves since then, but the ones that have been made are absolutely monumental. While I felt good about where that version of the Twins was, it’s undeniable they are much better off now. Putting out one final projection prior to Spring Training getting underway, here’s where I see things as of today.

No change here. These two are locked in and ready to go. Garver will need to stave off some expected regression, but he’ll also be dealing with an expanded workload. If Willians Astudillo pushes his was onto the roster, I don’t see the playing time coming behind the plate.

Another position group with no change. Donaldson punctuated the offseason when Minnesota signed him to the 4th biggest deal handed out this winter. This group will need to take a step forwards defensively, and I’m confident that they should be able to.

More status quo here. The final position spot comes down to Jake Cave or Willians Astudillo for me, and I don’t see the utility of Astudillo being a net positive. He’s below average everywhere, while Cave can handle the bat and play all three outfield positions. The infield is more stable this season, and although Marwin should spend most of his time in a corner outfield spot, he’s the utility guy you feel comfortable about moving around.

This is the group that has seen the most change. Chacin was signed to a minor league deal, and while 2019 was awful, he was great in 2018. If the Twins see signs of that at all during the spring, they’ll have picked up a very solid 5th starter. I like the long-term ability of Lewis Thorpe, and both Randy Dobnak and Devin Smeltzer have looked strong, but they all have options remaining. Now adding a bonafide stud in Kenta Maeda, this is a group that should be plenty capable of racing out to a second straight division title.

This group stays the same as I had it in round one, but that was prior to Minnesota designating Brusdar Graterol a reliever. He absolutely would have been on the roster, but instead was used to swing the deal for Maeda. Coming off a 2019 that saw this group finish as the third best unit in baseball, they’ve added some very quality pieces to make another run at the top.