Should Twins Again Scoop Up Schoop? 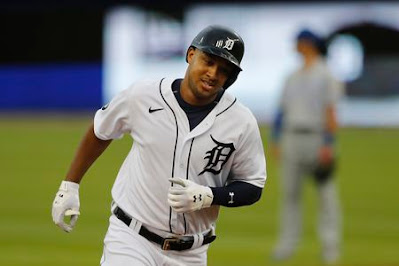 This offseason one of the areas Minnesota must address is the utility role. A player that primarily plays the infield, with an ability to start for a significant stretch at either second or third base makes sense. Former Twins two-bagger Jonathan Schoop fits that bill, but should the organization be interested?

After a solid 2019 season with the Twins, Schoop signed a one-year deal with the Detroit Tigers. He stayed in the AL Central division, and it came at a $1.4M pay cut. Now having substantiated the success and being just 29 years old, it may be his best opportunity to look for a multi-year deal.

Schoop’s history is somewhat of an interesting one. He was an All-Star for the Orioles in 2017 posting an .841 OPS. Then in 2018 he took a step backwards, ultimately being traded to the Milwaukee Brewers, where he was downright abysmal. Signing in the winter to be the Twins starter at second, he eventually would lose the role to rookie Luis Arraez. Playing in 44 games for the Tigers this past season, he was a steadying veteran presence on a bad club but put up a solid .799 OPS.

I don’t know that you can expect the .841 OPS again from Schoop as it was a career high and certainly represents an outlier over the course of his career. An OPS in the high .700’s with 20+ home run potential is a valuable asset, however. Schoop has starting experience and could spell either Arraez or Josh Donaldson for stretches if need be. Add in that he’s still in what should be considered his prime, and the familiarity with an organization could provide a smooth and productive transition.

Another interesting aspect of bringing Schoop back is exactly what his market will look like. He took a pay cut in 2020 despite rebounding well the season before. Now he’s coming off an even better year, albeit in a small sample, but ownership groups across the league are looking to spend less. Factor in that Schoop could also be eyeing a multi-year pact, and it’s hard to gauge what a realistic number for him may actually be.

In targeting Schoop, or any utility option, the Twins are needing to mitigate against what Marwin Gonzalez wound up being in 2020. His .606 OPS rendered him an unplayable asset, and the .713 OPS since 2017 really calls into question how much of a boost the sign-stealing scandal helped in producing a career best .907 OPS that year. With Arraez having knee issues in 2020, and Donaldson being a consistent injury concern due to calf issues, the next man up must be a high-quality player and not just a short-term fill in. On the surface it would be fair to suggest Schoop fits the bill.

There’s actually a decent amount of utility targets this winter, and more than a few of them have significant run playing in starting roles. Maybe Schoop doesn’t want to return to a team in which his job may be in jeopardy again. There’s plenty of reason to believe he could garner a few starts each week however and being a part of the Bomba Squad probably provides some pretty good memories.

The market is going to take time developing this offseason and expecting it to be depressed across the board is a pretty good bet. We may not have great inclinations as to what Minnesota will want to do for some time, but Schoop provides another avenue for them to explore.

Posted by tlschwerz at 8:35 AM