Twins Must Get Creative as Options Dwindle 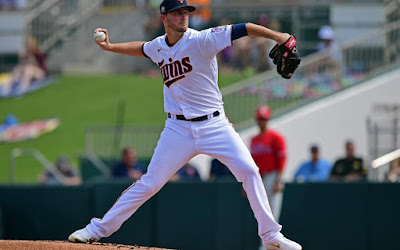 The Minnesota Twins entered the offseason as one of the best teams in baseball. Forget about the futility in the Postseason, this roster is loaded. They have some holes to fill thanks to departing free agents, but there’s a lot to work with. In the rotation Rocco Baldelli could use another horse, but that’s gotten more complicated now.

On the final day to decide, both Marcus Stroman and Kevin Gausman accepted the $18.9 million qualifying offer. The Giants handing a QO to Gausman seemed like a bit of a reach, and despite having multi-year interest from a few teams, was too tempting for him to pass up. With Stroman the situation was a bit more interesting. He opted out of the season on the day in which he accrued enough service time to reach free agency this winter. That left the Mets in a tough spot, but the business side of baseball played out in the form of a QO. I though Stroman would land the second largest deal of the winter, behind only Trevor Bauer, so this isn’t a great sign for an expected poor market.

As much as it would be great to see Derek Falvey reunite with former Indians colleague Bauer, it’s just not real logical. With two of the best alternatives off the board, there’s a ton of uncertainty left. Masahiro Tanaka is now probably the next best thing, with the injury-risk James Paxton and Corey Kluber behind him. It’s not as though the Twins need to go acquire an ace, but they can’t have a Homer Bailey situation play out over the course of 162.

It’s long seemed like a good bet that a trade would be swung for rotation help. Acquiring someone like Joe Musgrove or Jon Gray could be a very strong boost to the back end of the group. Derek Falvey flipped infield prospect Jermaine Palacios to the Tampa Bay Rays in exchange for Jake Odorizzi, and Brusdar Graterol netted Minnesota Kenta Maeda. It’s not as though there’s a poor track record there and leaning on that success makes a ton of sense.

Speaking of Odorizzi, he looks like a nice piece at this point in the game as well. Although he dealt with injury virtually all of 2020, they could be categorized as fluky at best. He’s been nothing short of great for Minnesota when healthy, and while he’s not an innings eater by any means, the consistency when on the bump is more than a nice thing to lean on.

While Minnesota entered the offseason in a good place, it always was necessary to fill those few key holes. As options dwindle on the pitching front, they’ll need to navigate a minefield of uncertainty in the free agent market, and still look to shore up the group with more than a veteran dart throw. I don’t know if the answer is currently unemployed, but it should be plenty interesting to see which way they go.

Posted by tlschwerz at 8:31 AM