Alex Kirilloff Is Headed Towards an Unfortunate Conclusion 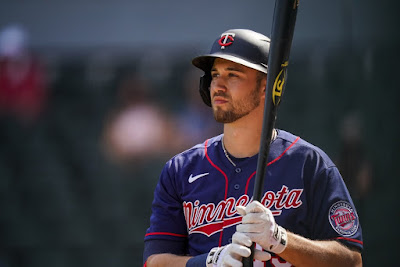 May 3rd was the last game Alex Kirilloff played for the Minnesota Twins prior to hitting the injured list with a wrist issue. He’s now been back for 16 games, but it’s clear this isn’t the same player. Something of an inevitable outcome seems to be looming.

Following his placement on the shelf, Minnesota sent Kirilloff to see a hand specialist and he was given a cortisone shot. He has been able to play through the injury without and notation of pain publicly. That said, it’s fair to take a look at the results and see that this simply isn’t the same player.

When the Twins were scuffling through injuries and looking to crawl back towards contention in 2021, it made sense for them to push their top hitting prospect to be back on the field. These at bats are vital for his development, and as a player that will be relied upon heavily in 2022, big strides this year are monumental. At some point though, the sagging results become detrimental in terms of confidence and expected outcomes.

As is the case with wrist injuries, and as we’ve heard Justin Morneau talk about on recent Twins broadcasts, there’s just no way to generate power without that hand strength. Nelson Cruz dealt with a tendon issue in 2019. It eventually ruptured and that outcome was a positive in terms of future ability. While Kirilloff’s situation is not the same, the current results lag because of the present condition.

I am not a doctor and have no idea what the timetable for healing from surgery looks like. Maybe Minnesota is having him play because the offseason is going to give enough runway for a healthy 2022 regardless. At some point though, you have to question whether the outcomes aren’t providing a more damaging view of the current process. The Twins aren’t going anywhere in 2021, and it’s evident that this version of Alex Kirilloff isn’t the one that anyone involved wants to see either.

Only the player knows what the actual pain threshold looks and feels like at this point, but you don’t need to dive to deep beyond the box score to see that this isn’t what anybody signed up for.