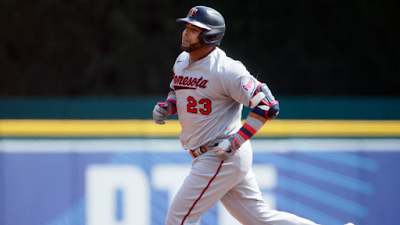 Over the winter the Minnesota Twins and Nelson Cruz looked at each fondly while they also had discussions from a distance. Although it seemed destined that a reunion would happen, the pieces had to fall into place. Now, through 47 games in 2021, maybe the victor of all the spoils is finally going to be Father Time.

Coming off a season in which Cruz played in 53 games for the Twins, Minnesota watched him follow up a 1.031 OPS in 2019 with a .992 mark. Although Rocco Baldelli’s club wasn’t a complete reincarnation of the Bomba Squad, Cruz continued to send the ball over the fence with routine frequency. That is still happening in 2021 as he’s on pace to smash 30 homers, but that would also be his lowest total since 2013.

When Cruz started in the big leagues way back in 2007, the average fastball velocity he faced was 91.5 mph. Now, that’s been ratcheted up to 94 mph and combined with an aging human body. He’s also made things harder on himself by posting a career worst 34.8% chase rate.

At some point this was all bound to happen. 2020 caused concern for me down the stretch as well. Over the final month Cruz owned just an .844 OPS, which wouldn’t be as negative if he weren’t dropping off from a 1.068 mark to that point. He then completely hit the skids over the final 11 games of the season, owning just a .523 OPS with two extra-base hits. It is true that Cruz was one of the only Twins to contribute during the Postseason, but that was a three-game sample that amounted to just six total at bats.

Maybe the month of May was a grind for Cruz, and maybe he’s still coming out of some lingering effects following the hit by pitch. What would certainly not be a good development for a bad Twins team is that their slugger is falling off a cliff, and it’s a reality that would hurt twice as much when it comes to the deadline and any opportunity to flip him for assets becomes more of a chore than a choice.

We’ve seen Cruz stave of the aging process for quite some time. If the Twins are going to come back in 2021, or get anything back for their designated hitter, we’ll need one last encore.