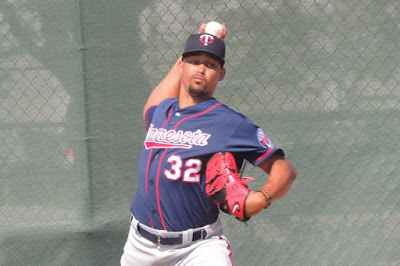 Remember when a global pandemic killed off an entire Minor League Baseball season? That was unfortunate, and it’s been great to have an affiliated season back in full swing, but the Twins have taken their lumps injury wise on the farm too.

I have consistently been of the mindset that this Twins team is an outlier when it comes to performance. There’s too much talent on this team for them to be as bad as they’ve been. With that reality, expecting a resurgent turnaround in 2022 is hardly far-fetched. The front office will have the opportunity to supplement the existing core once again.

The problem is that depth and development from the farm may not bear the fruit it was expected to.

Royce Lewis tore his ACL before even playing a game in 2021. As things stand now, top pitching prospects are all over the IL. Edwar Colina and Blayne Enlow have both had surgery. Jhoan Duran has now been shut down and Matt Canterino is set to return but remains a question mark. Hitting prospect Matt Wallner is still shelved and we still have three months left of the season to make it through.

For Minnesota, the chief problem in 2021 has been pitching. The rotation wasn’t expected to have many holdovers a year from now, and both Jose Berrios and Kenta Maeda were thought to be awaiting stable mates from the farm. Now that could be less likely than ever, and this current core may find themselves misaligned with the next wave of talent.

Derek Falvey and Thad Levine will be tasked with the decision of whether a rebuild is necessary. Their long-term futures with the organization impact that choice, and how quickly they’d like to rid themselves of this taste will probably be part of the equation. Their hand becomes a bit less fruitful given the development that their cheap and controllable assets are now less reliable than they may have been had things gone differently.

It was important for minor league guys to get back in games in order to showcase what they’d done in the time off. The hope would be that some of the top talents could be accelerated and challenged this season. Instead, much of the top 20 is shelved for one reason or another, and there’s more questions than answers in Twins Territory both now, and in the future.

Posted by tlschwerz at 6:57 AM