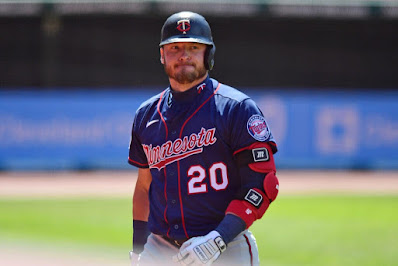 The Minnesota Twins have not been good for the vast majority of 2021. It’s gotten late early, and their season will be determined before the All Star break commences. Which way they go is up to these next two weeks of action.

Prior to Sunday’s finale against Cleveland, veteran Josh Donaldson called a player’s only meeting. These types of closed door hoorah’s always have a way of becoming public, and the hope is that while the content stays behind closed doors, the results are visible to those outside of the room. Donaldson did his part in the tilt that followed, but it’s the Twins schedule right now that will dictate the response.

Josh Donaldson called a players’ meeting before Sunday’s game with a message: The #MNTwins have a big opportunity ahead of them that they can attack with energy. He backed that up with a homer in a blowout win:https://t.co/PPKTFB8dhu

Kicking off a four game set against the Chicago White Sox, Minnesota will see each of Chicago’s best starters. Trailing in the division by 11.5 games, and 10 under .500, the Twins are in do or die territory. Playing better baseball and catching the South Siders in a bit of a slide may help, but the only thing that matters is results.

Rocco Baldelli’s club isn’t afforded the opportunity to play a schedule of splits anymore, they have to win series. Anything less than three of four against the White Sox won’t cut it. From there, Minnesota heads to Kansas City for three prior to returning home for a seven game homestand with Chicago (3) and Detroit (4). It’s in these contests right now that the Twins season will be determined.

The expectation is, and as it should be, that they’ll be sellers at the deadline. A team sitting at 33-43 nearing the end of June has no business making the Postseason. Regardless of expectations for this club, they’ve fallen flat and failed to make what was expected to be a compelling two-team AL Central race anything but. The division still isn’t great, but it’s on the Twins to prove they belong in any sort of second-half conversation.

That Donaldson was even in a position to give the Twins a speech necessitating a jump start is noteworthy in and of itself. He hit the shelf early and has since been one of the most consistently available bodies. Now looking to lead both by example and motivationally, it’s put up or shut up time for the whole squad.

Minnesota still can’t pitch, they’re 29th in fWAR among all staffs across the majors, and help isn’t readily available on the farm. The offense has come around however, and if they can go on a run during these next two weeks, they’ll be rewarded with the return of MVP candidate Byron Buxton.

Expecting 2021 to go like this was not in the cards for Derek Falvey and Thad Levine. This is the hand they played though, and now they’ll have two weeks to see if there’s any ace left up their sleeve. If not, it’s going to become a selloff of veterans and a turn to reload in 2022.