The Twins Expected Fall, And What's Next 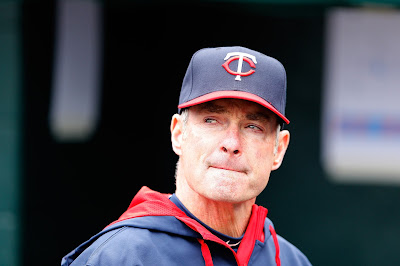 Prior to the All Star Break, the Twins owned one of the best record in the American League. They were in the drivers seat for an American League Wild Card spot, and baseball was once again great in the Twins Cities. Since then, Minnesota is 6-16 and has yet to grab a series victory in seven tries. While that's no doubt disheartening, the numbers suggest it wasn't all that unexpected.

You'd be hard pressed to find someone willing to argue that the Twins were as good as their first half record. With almost all secondary statistics suggesting Paul Molitor's team was outplaying expectations, the eye test would seem to corroborate those sentiments. What might be a more difficult task is finding someone willing to bet that everything would go up in flames at once. Unfortunately, the Twins have suffered through a perfect (or maybe imperfect) storm.

While there's little doubt the offense has been definitively poor, it's been coupled by poor pitching as well. Prior to the All Star Break, the Twins were getting strong performances from Kyle Gibson, Mike Pelfrey, and Tommy Milone despite less than ideal FIP (fielding independent pitching) numbers. Before the break, the Twins owned a 4.25 ERA and surrendered just a .256 BAA. Since, those numbers have jumped to 6.05 (30th in MLB) and .291 BAA (28th in MLB).

The bullpen has seen turnover with the inclusion of Kevin Jepsen (who has struggled), A.J. Achter (who looks like an AAAA type), and the switching roles of Blaine Boyer and Casey Fien. Glen Perkins has just two post All Star saves after having 28 prior to the game. He's also blown two chances, and lost another game.

So, going forward, what do the Twins do and how do they fix it?

On offense, things are somewhat tricky. Outside of some key position holes (shortstop and catcher), it would appear to be more of a shuffling situation. Joe Mauer could undoubtedly afford to be moved to fifth or sixth in the batting order, while Hicks looks like a solid one or two type. Sano, Hunter, and Dozier have to hopefully break out of their slump soon, and Molitor is looking for ways to get them going.

When it comes to inserting other players, those options seem limited. Only Oswaldo Arcia, Kennys Vargas, Max Kepler, and Jorge Polanco should be considered. Arcia has a handful of Triple-A homers, but has batted just .122/.195/.189 with 23 K and 5 BB since July 17. Max Kepler is hitting over .330 at Double-A, but the outfield is already crowded, and will only be more so with the looming addition of Byron Buxton. Polanco was recently sent back to Double-A after a three game stint with the Twins, and he's slashed just .233/.378/.333  across eight games.

At this point, Vargas is starting to turn a corner. He's batted .324/.449/.648 with six home runs since July 18, and he seems to be itching to get back to the big leagues. At first though, he's a liability, and the designated hitter role is no doubt covered by Sano. Like Kepler, Vargas is in between a rock and a hard place.

On the mound, things seem a bit more clear. Twins pitchers own a 20.68 ERA giving up 36 ER in the last turn through the rotation. While Phil Hughes and Ervin Santana are undoubtedly safe, next to no one else should be. Tyler Duffey was demoted after being shelled by the Blue Jays, and Mike Pelfrey should be next in line.

Trevor May was never deserving of being pushed to the bullpen, but he's succeeded in the role. It is probably time to get him back in the rotation in a swap for Pelfrey. As with May, Pelfrey could see a velocity boost out of the pen, and as a guy I believe that would do well in the roll, revive his value. Then there's the empty spot for a start on August 15th.

Minnesota has no doubt regressed towards the statistical mean that the numbers had been calling for, but unfortunately it's all happened at the same time. Right now, Molitor and the Twins brass must play damage control and work to reverse the course one area at a time. The Twins ending around .500 would still make for a great season, but in order for that to happen, Minnesota needs to stop the bleeding and soon.
Posted by tlschwerz at 8:18 AM