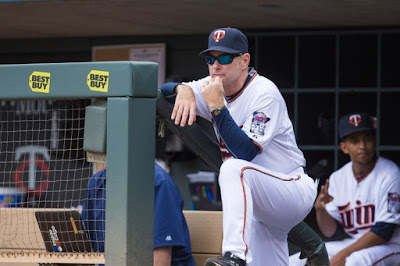 Just a few weeks ago, the Twins 2015 postseason hopes looked all but lost. In a season in which expectations had already been so vastly exceeded, it appeared that once again, September would be nothing more than a proving ground for 2016. Now on the back of another nice run, Paul Molitor's squad enters September with something to play for. With a perfect storm approaching, Minnesota has the chance to sink or swim.

Heading into the final full month of the season, Minnesota finds themselves looking up at only the Texas Rangers. With both the Yankees and Blue Jays holding down either the AL East or top Wild Card spot, it will be Texas that Minnesota will chase. Separated a few games ahead of the Los Angeles Angels, Minnesota can worry about themselves.

Looking at the final month of the season, the Twins play plenty of familiar foes. Following the first weekend in September, the Twins will play only AL Central teams the rest of the way (outside of a four game homestand against the Angels). In those 22 games, only six of them come against the division leading Kansas City Royals. For further context, that means the Twins will play 16 games against sub .500 teams the rest of the way.

Minnesota has played the AL East the toughest this season (going 19-14), while nearly splitting with divisional foes (26-25). Despite holding down the second spot in the division, the Twins will face plenty of tough pitching matchups the rest of the way. Kluber, Sale, and what might be an improved Verlander looming, earning a playoff berth will be a must.

However, the Twins also have a few trump cards at their disposal this September. Instead of looking to give playing time to those who have paid their due, Molitor and Terry Ryan stand to benefit their big league club by calling up true talent. It's safe to say players such as Kennys Vargas, Jose Berrios, and even Max Kepler have earned their way onto the big league roster. Knowing that each of them could equate to key wins helps that fact to carry even more weight.

Despite being a year ahead of schedule, the Twins have parlayed getting hot again at the right time, with the ability to bolster their roster for the home stretch. Knowing what teams lie ahead, and their level of talent, Minnesota has tipped the scales in their favor. Whether or not they make it to the playoffs remains unseen, but Paul Molitor has everything point the right direction at the most opportune time.
Posted by tlschwerz at 8:21 AM