The Twins Silver Lining Is Coming 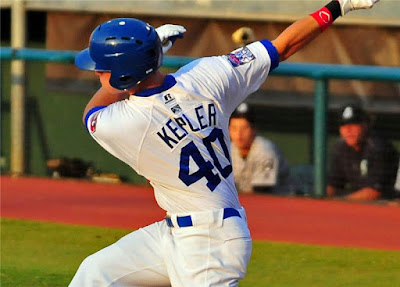 It's the first week of August, the Twins have fallen out of a Wild Card spot, and they remain just one game over .500. Considering how the year started, that's a less than ideal scenario, but knowing how it was projected to end, they find themselves in a good spot. What's better is that with the way the final two months appear to be shaping up, there's even more reason to anticipate 2016.

With plenty of baseball left, there's not much reason to write off the Twins. Sure, they aren't going to make the playoffs, but there's competitive and meaningful baseball taking place at Target Field in August and September, that's huge. Going forward though, it's the opportunities provided to manager Paul Molitor over the final two months that will bolster the Twins in 2016.

I have been a championing the fact that Aaron Hicks has been ready for quite a while. The cornerstone of that argument has been the path he has recently been on. After being promoted too early from Double-A due to a stellar spring training a few years ago, it was his time in Double and Triple-A to end last year that showed he was a new player. Getting his feet wet slowly helped immensely, and that's where the Twins find themselves at once again.

Miguel Sano has already spent over 25 games with the big league club. He's has held his own slashing .278/.411/.522 with five home runs and 12 extra base hits. Going forward, the next couple of months will be big for Sano to hit the ground running in 2016. Hitters have failed to get on ahead of him of late, allowing opposing pitchers to throw him offspeed stuff away and out of the zone. Sano has shown good plate discipline (38/21 K/BB), but being able to have more opportunities to swing away will only further his development. The time at the big league level will no doubt have Sano entering 2016 brimming with confidence.

On the opposite end of the spectrum, Byron Buxton has taken his lumps with the Twins. He played just 11 games before hitting the DL with a thumb injury. In those games, he slashed .189/.231/.270. Buxton is being afforded a great opportunity however. With an upcoming rehab stint scheduled to take place at Triple-A Rochester, he will face pitchers more able to "pitch" and spin balls, than those at Double-A capable of blowing it by hitters. Likely spending September with the Twins, Buxton will then be able to work through some struggles to better prepare for the upcoming season.

Then there's the benefit that comes with expanded rosters. At the end of August, Minnesota can utilize up to 40 roster spots, and while they won't be bringing that many players up, there's a few worthy inclusions.

It would stand to reason that both Kennys Vargas and Oswaldo Arcia could be given another chance to end the season. Unlike the path Aaron Hicks took though in which he produced following a demotion in 2014, neither Vargas nor Arcia has been any good. Vargas is slashing .240/.363/.423 at Double-A Chattanooga. Arcia had a nice run of eight home runs, but owns a .232/.291/.420 slash line with 59 K and just 15 walks.

More importantly in September will be the call ups that expect to figure prominently into the 2016 plans. With next season being the opening of the window in the "go for it" timespan, getting key cogs feet wet would make a lot of sense. Included amongst that group would almost have to be Jose Berrios and Max Kepler. Had Zack Jones, Nick Burdi, and Jake Reed not struggled this season, they may be included as well.

Berrios has strung together a handful of nice starts at Triple-A and should be considered for the rotation in 2016. He owns a 2.00 ERA across his last 4 starts (27.0 IP) and should have a couple more under his belt before the end of August. A cup of coffee in the form of a spot start would make a ton of sense.

With the outfield no doubt going to be shuffled in 2016 (Torii Hunter moving to a part time role and the likely spot cleared by Shane Robinson being a free agent), there's going to be a competition for final spots. Max Kepler has batted .330/.412/.540 in 82 games for Double-A Chattanooga and is clearly ready for his next challenge. There would be no better way to get him geared up for the MLB level than to include him in games at the end of this season. Kepler looks the part, and allowing him to prove it could be beneficial.

Minnesota could also look at some lesser relief options. Guys like Logan Darnell, Michael Tonkin, Mark Hamburger, and A.J. Achter could all find their way to the big leagues. Each of them has pitched well for the most part in 2015, and could give the Twins some extended evaluation time at the big league level should they appear in September.

At the end of the year, Minnesota looks poised to finish right where they ought to be. They will be somewhere around second or third in the division, and within a few games either way of the .500 mark. Sure, that's a far cry from how things started, but it's a significant improvement and exactly how you take the next step forward. Pushing forward players that could prove instrumental in a year is something the Twins have the opportunity to do, so the next two months still hold plenty of weight.
Posted by tlschwerz at 6:38 AM