Twins A Rock In A Really Hard Place 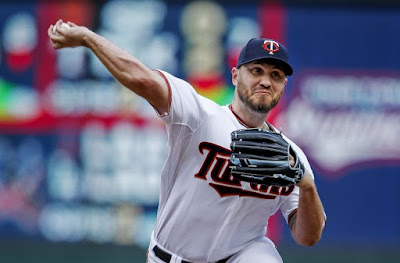 It wasn't supposed to go like this, Minnesota was not at all defined as a surprise team in 2015. In a stacked AL Central, it was the Twins who were supposed to be sellers, and once again teeter on the brink of losing 90 games. Fortunately, none of that has played out as expected, but now Paul Molitor and Terry Ryan are faced with some very interesting and tough decisions.

Heading out on an AL East road trip, the Twins had an opportunity to capitalize on the AL Wild Card positioning. Once in firm control of a playoff spot, a surging Blue Jays team made sure to knock the Twins out of contention. With key games ahead though, the Twins had an opportunity to climb right back in it. In a rollercoaster of events, Molitor's club was swept by the Yankees, only to bounce back big and knock off the Orioles in four straight games. It was the roster move over the weekend though that highlights the Twins current predicament.

In dealing either a player to be named later or cash to the Milwaukee Brewers, the Twins received left-handed pitcher Neal Cotts. After being linked to him during the July 31 trade deadline timeframe, Minnesota acquired the reliever during the August waiver period. Cotts is an impending free agent and owns a 3.26 ERA with a 4.71 FIP and 8.9 K/9. In short, he's nothing spectacular, but is no doubt an upgrade for a lackluster Minnesota bullpen.

The move in and of itself makes sense. Minnesota has struggled with relief pitching all year, and despite Cotts peripherals leaving plenty to be desired (4.71 FIP and 3.1 BB/9), he helps to solidify the issue. What is odd however, is that Cotts comes to the Twins as a rental player. He is 35 years old, and has just two months remaining on his one-year, $3 million deal. That begs the question, what do the Twins see themselves as?

Typically, a rental type player is more of a high profile, high-ceiling type in which a competing team is looking to be somewhat of a final piece. After the Twins added Kevin Jepsen during July's trade period, it seemed as though they were content being in the hunt, but not going for it. Jepsen was acquired with team control going forward, and at a very modest price (High-A reliever Chih-Wei Hu). The two moves in comparison signify very different trains of thought. Even if Cotts ends up netting the Brewers next to nothing, it's the thought process that makes the move puzzling.

With August nearly wrapping up, the Twins will be offering more insight into their direction soon. September signifies the active roster expanding from 25 to 40 players. In doing so, the Twins can add a few key pieces from a loaded farm system in order to help them make somewhat of a final push. It remains to be seen whether or not this will be the course of action however.

Aaron Hicks remains sidelined with a hamstring injury, and Torii Hunter has hit like an aging 40 year old since the break. The obvious boost would be for the Twins to pull German prospect, Max Kepler, from Double-A Chattanooga. Already a 40 man roster guy, the outfielder owning a slash line of .342/.424/.572 across 97 Double-A games would be an immediate boost. Kepler isn't a top prospect by any means, but he's shot up the national boards with his performance this season.

On the other side of the game, Minnesota is faced with a tougher decision. After deciding to go with a bullpen game earlier in August, the Twins missed a prime window to promote top pitching prospect Jose Berrios. Still dominating (3.12 ERA and 9.5 K/9 at Triple-A), Berrios would be an asset in the Twins rotation. Calling him up in September however would start his service time, and also have 40 man roster implications (Berrios is not currently on the 40 man).

At this point, the Twins are treading water and seemingly waiting for their play to dictate their decision. The practice could pay off, or be to their detriment depending on how you view it. On one hand, the Twins lack of real action (Jepsen was a safe move) at the deadline has contributed to the post All Star Game slide, but on the other hand, the team is still in a significantly better place than expected.

Both the Jepsen and Cotts moves have separate narratives. One suggests a team looking to enjoy a competitive end to the year and be ready for 2016, while the other is surrounded by thoughts of more. Kepler would follow along the path of the safe but effective move, while a Berrios promotion would carry significantly more weight.

Minnesota has a few contests left through the month of August, and if the ball bounces in their favor, it could end up dictating just how the club handles the crossroads it currently finds itself at.
Posted by tlschwerz at 7:31 AM