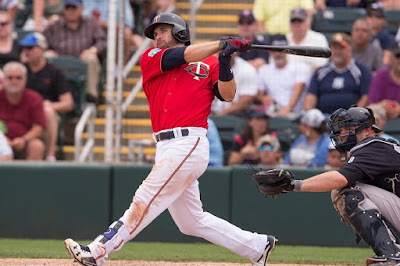 When Torii Hunter decided to retire following the 2015 Major League Baseball season, he did the Twins a favor. Despite losing a solid clubhouse presence, Minnesota wasn't going to be forced into making the mistake of signing an aging replacement level player to another lucrative deal simply because of who he was. What the decision did however, was to force Minnesota to come up with another form of leadership. Brian Dozier quickly jumped at the opportunity, but his defiance has helped him to fall short.

There's no denying Brian Dozier has had a horrible 2016 for the Minnesota Twins. It's May 24, and he's batting below the Mendoza Line. His offensive production has been non-existent, and the 2015 All Star caliber player looks like a thing of the past. In leading however, none of that matters. The only thing that's held Dozier back from being a capable leader is himself.

Recently, Mike Bernardino of the Pioneer Press caught up with Twins General Manager Terry Ryan. He suggested, “We’ve got to fix him,” the Twins’ general manager said Sunday. “We’ve got to fix Brian Dozier.” In hearing of Ryan's comments, Dozier shook his head and offered this to Bernardino, “To be honest with you, I probably feel better than I have my whole career.” At some point, Brian Dozier has to come to grips with the problem he's created and become.

Back in March of 2015, Fangraphs wrote a piece on the Twins locking up Brian Dozier through his arbitration years. In doing so, there's some pretty damning quotes that have come full circle. In looking at his pull tendencies, the piece states, "Extreme pulling is generally a hallmark of a player harvesting power near the end of a career, when it’s basically all that he has left in his offensive game...Dozier didn’t become an extreme puller to extend his major league career; he did so just to have one, at least as a regular, in the first place."

After not only breaking down his extreme pull tendencies, but trying to equate what it means for his career going forward, the piece then offered up what may be next for the Twins second basemen. "Unfortunately for such hitters, extreme pulling is quite often their last adjustment. Dozier has not shown an ability to hit a ball even reasonably hard the other way in the air, on a line, or on the ground. Pitchers are going to pitch him away, and all Dozier is going to be able to do is draw a walk……for a little while at least, until that skill begins to decline as his ability to inflict damage erodes."

In summary, the Fangraphs piece ends with a good walk away point of where we have seen Brian Dozier at in 2016. "Every club needs Brian Doziers in their system. He is an overachiever who has constantly figured it out as he has advanced, through college, into the minors, and then into the major leagues. To become a starter at that level and have some success, he has had to totally sell out to the short term fruits of extreme pulling. Pitchers are now likely to have the last word." And now, that allows us to look at today.

It's been quite the recipe for disaster when it comes to Dozier in 2016. His 26.6% hard hit rate ranks as the worst mark of his career, save for his rookie season. While his pull percentage rests at just 50.8% (down roughly 10% from 2015) his 12.9% opposite field usage is the lowest total of his career. When we look at the actual placement of things, the numbers become obviously apparent. 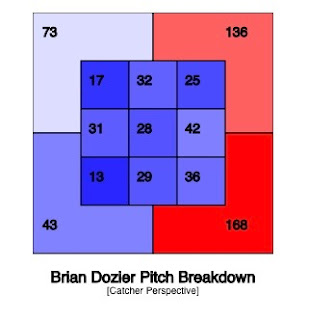 As was predicted in the Fangraphs piece, and could have been assumed per Dozier's approach, pitcher's have had their way with the Twins second basemen. His strike zone has been almost exclusively attacked on the outer third, and he's been the one who's failed to adjust. 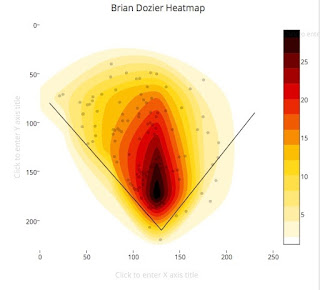 When considering where the ball is being pitched, Dozier's balls in play should tell a story of a player who finds success going to the right centerfield gap, right field, and occasionally back up the middle. Looking at both his spray chart and his heat map, nearly the exact opposite is true. Opposing pitcher's are begging Brian Dozier to find success in their pitches on the outside half, and he's doing absolutely everything in his power to run from it. 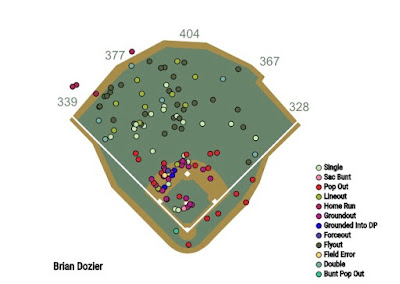 At the end of the day, this is how and where Brian Dozier's leadership is failing the Twins the most. Regardless of the results, his process is broken. He's spoken out publicly about his lack of desire to change his approach, and nothing he's done at the plate suggests he's stepping down from it. It's hard to fault him however, as it is the power and pull tendencies that make him anything more than a replacement level player in the first place, but now with the book out on him, he has to give in and reinvent himself.

Just 29 years old, we may have seen the best of Brian Dozier. Prior to being dictated at the plate, he used his last ditch effort to string together some really nice production for the Twins. The story is not yet over for Dozier and the Twins, but the ending absolutely can't and won't be the same as the beginning. Either the Mississippi native needs to decide he wants to rework things and contribute in some form or fashion for the duration of his contract, or he becomes another player that was and no longer is.
Posted by tlschwerz at 6:29 AM