Handing Out the Hardware: 2018 Edition 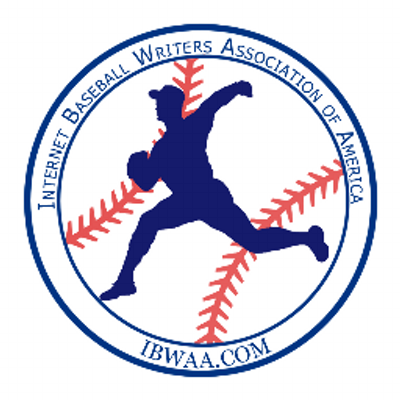 As a member of the Internet Baseball Writers Association of America, or IBWAA, each year the group is tasked with voting on end of season awards. Having now been a part of the voting process for the past few years, it's always fun to see where we stand in comparison to the BBWAA. In 2018, there's been so many strong seasons from veterans and rookies alike, this one of the most exciting ballots to fill out in recent memory.

Ballots are due back to the IBWAA by September 30, but I have already filed my vote. Despite their being a couple of weeks left in the 2018 Major League Baseball season, I'm comfortable with my suggestions for who should take home each award. I'll revisit my selections upon the announcement of final totals later this fall, but here's who I have in each of the ten categories.

While Mookie Betts has had an incredible season of his own, there's no player in baseball whose team suffers more when they aren't on the field than Mike Trout. He's a revolutionary talent, and with a relative tie in statistical categories compared to Betts, the "Most Valuable" definition came into play for me here.

In his third season with the Red Sox, Sale should finally nab his first Cy Young Award. Having came up short many seasons previously, this campaign is one for the ages. He's got a career high strikeout rate, and has paired that with a career low ERA. One of the greatest we'll ever see pitch, Sale takes home the hardware.

There was a time that it appeared Miguel Andujar had this award wrapped up, then Ohtani returned from injury. The two-way phenom has put up nearly identical numbers to the Yankees third basemen, despite 40+ less games. Oh, and he was also an ace level pitcher over the course of 10 starts this season. Shohei will need surgery after 2018, but the award should help to legitimize how special this season was.

Sure the Red Sox have a ridiculous amount of talent on their major league roster, but Cora is still tasked with having it all come together. In his first season, Cora has Boston over 100 wins and looking like the team to beat in all of baseball.

Diaz is breathing down the neck of Francisco Rodriguez's single-season saves record (62), and hasn't gotten there by any cheap measure. The strikeout rate, walk rate, and ERA are all elite. Although the playoffs are out of the picture for the Mariners, this is going to be a year to remember for the closer.

This season, the National League has quite a group at the top of the leaderboards. Although they all fall short of the American League race, this collection is tightly contested among themselves. Baez jumps off the page as a difference maker for the Cubs, and is a large part as to why they own the best record in the NL.

Wins be damned, there's really no argument to make against the Mets ace taking home the NY Cy Young. deGrom hasn't been gifted run support in virtually any of his outings, but his level of dominance transcends the final tally in the box score.

Given the meteoric rise Atlanta has seen in 2018, it's almost fair to wonder whether Acuna belongs in the MVP discussion. Despite missing some time during the middle of the year, Acuna has been nothing short of exceptional while on the field. At just 20 years old, this should be the first of many awards coming to him over the course of a long career.

The Cubs haven't been the dominant team they were back in 2016, but the best record in the National League is going to send them to the postseason nonetheless. This collection has a shot to bring another championship to Chicago, and Joe Maddon continues to be best suited in helping them achieve that goal.

Following up a strong rookie debut season, Hader hasn't slowed down at all in 2018. The dominant lefty fans batters at an incredible rate, and has helped to give Milwaukee one of the fiercest relief duos in all of baseball.
Posted by tlschwerz at 8:31 AM