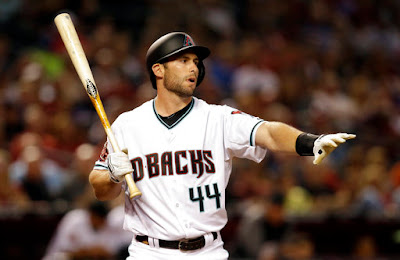 Recently there were two rather significant developments regarding the 2019 Minnesota Twins roster construction. With the deadline to add Rule 5 Draft eligible players to the 40-man roster now in the rearview mirror, we know how the organization handled the situation. Also, in the early stages of free agency, Jon Morosi reported that the Twins have had discussions with the Arizona Diamondbacks about dealing for Paul Goldschmidt. Both of those scenarios could be hints at what’s next from the front office.

Concerning the 40-man roster and Rule 5 decisions, the Twins added Nick Gordon, LaMonte Wade, and Luis Arraez to the fold. The first two were givens while Arraez makes a ton of sense as a great contact and average hitter for a team currently lacking talent up the middle. Still having two open spots on the 40 man, the front office decided to trade reliever Nick Anderson instead of keeping him around. Jake Reed, who was deserving of a September call up, will again be exposed to the Rule 5 draft, and former 1st round pick Tyler Jay was left out in the cold as well.

Given the openings on the roster there would have been no downside for Minnesota to add the likes of Reed and Jay, even if more moves necessitated their removal in the coming months. Bullpen help has been assumed to be a key area of focus this offseason, and the internal options being passed over could be somewhat of a hint.

The reality is that the Twins certainly could benefit from some top tier relief help. The starting rotation is in a much better place than any time in recent memory, but it’s still void of a true ace. The depth is there but expecting the group to compete with the best in baseball is probably a bit far-fetched. Add in the reality that the game has shifted to being reliever dominated, and Rocco Baldelli would certainly benefit from some elite arms out in the pen.

By deciding to forego adding internal options that would have signified depth, we may be able to assume that the intention is to truly aim high in relief. If the front office was going to target more middle-of-the-road relievers, having players like Reed, Anderson, or even Jay to slot in should things go south seems like a solid backup plan. If Derek Falvey and Thad Levine are shooting for the stars though, there should be a reasonable expectation that a backup plan becomes much less necessary.

Working from a place of familiarity the Twins and Diamondbacks were trade partners just last season when Eduardo Escobar was shipped out. Goldschmidt is the premiere first basemen available at this point, and even in the final year of his deal, would be an exciting option to replace Joe Mauer. The free agent market at the position is beyond underwhelming, and exploring a trade there sends a few signals.

Minnesota is clearly starting at the top by inquiring on Goldschmidt, and they’re also obviously exploring the trade market. Carlos Santana remains an ideal fit a rung down and comes with a bit more longevity provided to the club. What we can glean is that all options are being explored, and that the immediate sense points to Miguel Sano staying at third base.

Both discussed situations above help to provide some clarity with regards to how Minnesota may be viewing the 2019 season. Goldschmidt fits oddly as he’s on a one-year deal, but maybe the intention is to go for it and reload. While Royce Lewis, Alex Kirilloff, and the next wave of big prospects don’t seem to factor in before 2020, there’s plenty of talent here to make a run in the year ahead.

With the Cleveland Indians clearly approaching the end of their run, Minnesota is positioned to be next in line for consistency within the division. The infrastructure has been put in place by the front office and executing on the personnel would be the next logical step. There’s a ton of money to be spent this offseason, and there will be more to go around in 2020 and beyond. Putting the pedal down now could have the Twins looking like the 2018 Milwaukee Brewers, and that’s a team who made significant noise in the Postseason.

Posted by tlschwerz at 7:17 AM