Are the Twins Preparing a Big Surprise? 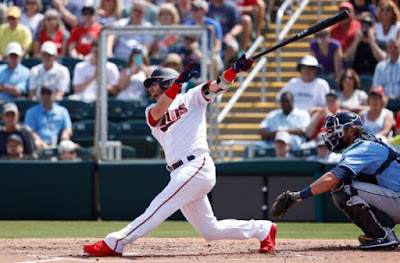 This offseason was always going to be incredibly weird. Coming off a pandemic shortened season, with no fans, and an unprecedented amount of uncertainty still ahead, how teams would tackle preparations for 2021 is a mystery. The Twins are good though, and despite a few holes they want to get better. What if they go all in?

This morning at ESPN Jeff Passan penned a piece regarding some rumblings he’s heard around the league. One of them was a note on the Minnesota Twins circling like a shark in the water. Executives had apparently suggested that Minnesota is “lurking” and appears “ready to strike with a big move as they did last season.” That big move alluded to was the signing of Josh Donaldson to a $100 million deal. How could something like that be replicated?

On the free agent market there’s only a couple of splashes that would fall into that category in and of themselves. Signing Trevor Bauer, George Springer, or J.T. Realmuto would push dollar signs into that realm. Bauer is arguably the most natural fit of the group, and his next deal could be the most interesting. He’s previously said he’d like to by an assassin for hire and string together lucrative one-year deals. Agent Rachel Luba has commented that they’re open to whatever the best fit is. Bauer makes sense in Minnesota, but I’d imagine there’s other more desirable markets.

Looking at the latter two options, the Twins would be in a bit of a weird spot even though both are clear upgrades. Springer plays corner outfield, and despite the departure of Eddie Rosario, the assumption is that top prospect Alex Kirilloff will take over in short order. Mitch Garver had a down and injury plagued year in 2020, but Ryan Jeffers looked the part of a starting quality option. Realmuto would push both to the bench, although he could make the DH spot less of a pressing Nelson Cruz matter.

I don’t think anything else on the free agency front would qualify as Donaldson-esque. Maybe signing Didi Gregorious, Marcus Semien, or Andrelton Simmons to be the starting shortstop creates ripples, but none of those guys should break the bank. If it’s not going to happen on the open market, swinging a deal is something Derek Falvey and Thad Levine have done well with.

Although the system isn’t as loaded as it once was, the Twins minor league depth right now is in a great place. Royce Lewis probably remains off the table, but he’s less untouchable than I assumed even a year ago. Beyond that, everyone should be under consideration. Jordan Balazovic and Jhoan Duran headline the pitching while Trevor Larnach, Aaron Sabato, and Keoni Cavaco are the offensive gems.

Without reading too much into what Passan has reported, there’s certainly a feeling of a silent killer right now. Chicago is looking to load up as the White Sox have their most competitive team in years. The Twins are the clear cream of the crop right now though and remaining there will take legitimate additions. After hearing about payroll decreases and scaled back financial efforts after decreased revenues in 2020, there should have been legitimate fear regarding Minnesota’s opportunity to capitalize.

If this is just the beginning of smoke, and we don’t have fire for some time, the hope should be that this is an inkling of the Twins keeping their foot on the gas. The front office and development staff have pushed a largely home-grown roster to the point of opportunity. The window is wide open and continuing to jump through it as long as they can, should be the goal. One Postseason win, or a series victory is where it starts, but this organization has all the makings of a legitimate contender.

Posted by tlschwerz at 9:20 AM