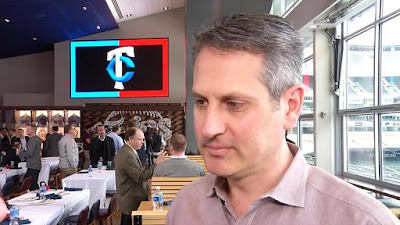 Welcome to a new era of Minnesota Twins baseball. This isn’t the Terry Ryan regime anymore, and it hasn’t been for quite some time. What was ushered in with Derek Falvey represented a more progressive way of thinking. Unfortunately, the downside to that is having other organizations looking to play copycat. Now that is beginning to come full circle.

Last offseason the Twins lost their hitting coach. James Rowson was the architect behind a lineup that hit the most home runs in Major League Baseball history, and his championing of launch angle and exit velocity was a far cry from the contact approach of yesteryear. Rudy Hernandez and Edgar Varela remained, but Twins fans often wondered if Rowson’s departure didn’t explain some of the step backwards this season.

While the offseason is hardly aged yet as we head into 2021, the Twins have seen a few coaches poached from their minor league ranks as well. Although it’s big league losses like Rowson and Derek Shelton that resonate most with the casual fan, it’s the absence of names like Tanner Swanson and J.P. Martinez that really signify the strength of organization infrastructure.

Hearing that #Twins GM Thad Levine is a significant player in the search for the #Phillies head of baseball operations job.

Today it was announced that Twins General Manager Thad Levine is a “significant player” in the Phillies search for a new head of baseball operations. That’s an appealing job no doubt, given Levine’s hand in retooling the Twins organization. Philadelphia has fallen flat on developing prospects, and now they are Bryce Harper, Aaron Nola, and Zack Wheeler with little else to make a serious run. Orchestrating that turnaround on his own without sharing credit under Falvey has to be an exciting premise.

Initially that would seem like a brutal blow for Minnesota. Levine and Falvey have seemingly been connected at the hip, and since their introductory press conference they’ve consistently talked about a collaborative environment. What has become apparent since that time, however, is that Falvey is no stranger to identifying and hiring the right people in the right positions. It’s because of the Twins infrastructure that he has orchestrated that teams are interested in pulling from the club.

Ken Rosenthal recently wrote a piece that included bit praising the Twins throughout the contract negotiation period with their arbitration eligible players. Agents noted that Levine was great to work with and that comes across as a glowing report for Minnesota’s GM. Expecting Falvey to find someone internally or externally to replace those shoes is hardly unfathomable, however. That’s not to say losing Levine is without consequence but trusting in the process from the top down has truly become something easy to buy into.

I’d prefer not to see Minnesota lose Thad Levine prior to reaching the peak with a World Series that this organization is now directed towards. However, as architectural as he has been throughout the years here, I believe the process and structure in place will continue bearing fruit regardless of the replacement. The Twins have turned themselves into an organization akin to the Tampa Bay Rays from a front office and coaching perspective. That’s more than an enviable reality to look into.

Posted by tlschwerz at 8:59 AM