The Twins Want a New Shortstop? 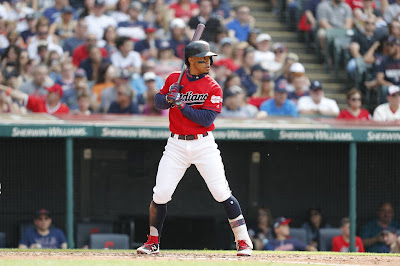 Over the past couple of weeks, it has been rumored that the Twins are acting as a shark circling blood in the water. Waiting for an opportunity to make a big move like they did last offseason, it’s been anyone’s guess as to what that may be. Today it was reported that the move could come up the middle.

Trevor Bauer is the premier free agent this winter, but shortstop talent is aplenty as well. Andrelton Simmons is a perennial Gold Glove type, while both Didi Gregorious and Marcus Semien bring a more balanced offering in a stopgap type situation. Ken Rosenthal reported today that Minnesota is considering moving Luis Arraez and shifting Jorge Polanco to second base. The question then becomes, who plays short?

Arraez broke onto the scene in 2019 and immediately became a fan favorite that looked the part of a Tony Gwynn clone. With great command of the zone and an innate ability to make strong contact, multiple batting titles were projected for his future. Dealing with a slow start in 2020, and lingering knee issues, he finished the year off fine. It’s probably fair to describe him as virtually what we see being who he is. There’s going to be a high average, he won’t strike out, and he’s passable at best on defense. On its own, that works fine for Minnesota.

The problem here is that Jorge Polanco is miscast as a shortstop. His arm strength is questionable, and while improved in 2020, his range is suspect. That’s easier to overlook when the power production is what it was in 2019, but he dealt with a nagging ankle issue last season and just underwent another surgery to correct it. There was some talk he could take over as Minnesota’s replacement for Marwin Gonzalez, but you’d probably be sacrificing lineup prowess in that scenario. Moving him to second base seems like a much more fluid fit.

So, what happens at short? Royce Lewis is obviously seen as the heir, but there’s plenty of warts to dissect there. His 2019 was not good, and despite glowing reports from the CHS Field alternate site last season, 2020 featured no real game action. A handful of national names continue to suggest he’s not a fit at short long term, and a spot in centerfield makes more sense. That alone isn’t enough to bump him off the position now, but it might be worthy to consider him less than untouchable.

At the current juncture two of the game’s best shortstops are on the trade market. Cleveland is going to move Francisco Lindor this offseason, and the Colorado Rockies should be sending Trevor Story out. Neither are under team control past 2022 and as always you have the Coors effect in play (.760 OPS away .994 OPS home) for Story. Both players are going to command an absolute premium and depending on what Derek Falvey and Thad Levine are willing to give up, the hope would likely be an extension works out following a swap.

Despite lost revenues in 2020, the Minnesota Twins can’t afford to wait out their next move. The farm system has some very good top prospects, and the depth is also pretty solid. It’s this core however that the front office has been fine tuning, and the window to go all in is the immediate future. With Josh Donaldson having three years left on his mega deal, pairing him and the homegrown core should be of the utmost importance. What impact Royce Lewis or Jordan Balazovic have as key pieces two or three years from now could be the start of an entirely new competitive cycle.

This front office can’t go all in and throw care to the wind, but they’ve also never shown a reason to believe that’s how they would operate. Donaldson seemed like a great fit for Minnesota all along last winter, and the Twins picked their spot to get the deal done. Nothing may be imminent on a big splash front right now, but the makings of smoke seem to be billowing and there’s plenty of reason to fan for some flame.

Posted by tlschwerz at 8:36 AM