Twins Pen Ready For A Jolt 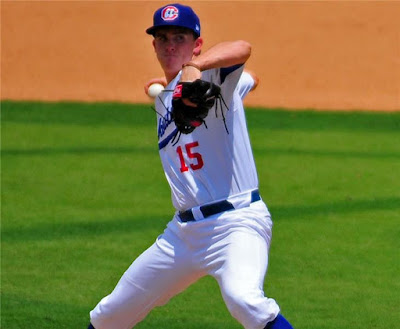 Coming into the 2017 Major League Baseball season, the Minnesota Twins biggest question mark was exactly how their pitching staff would respond. After being at the bottom of the big leagues a year prior, Minnesota needed a turnaround to return to competitiveness. They've seen a good enough start through the first 30 games or so, but staving of regression will be best accomplished by continuing to raise the water level.

As things stand on May 16, the Twins own the 9th best starting ERA in MLB. Ervin Santana has been great, Hector Santiago has been surprising, and Phil Hughes has been serviceable. Jose Berrios is here now, and the 5th starter will remain in flux until someone separates themselves from the pack. The bullpen has been a bit of a different story however.

Through their first 120 innings pitches, Minnesota checks in with the 23rd best relief ERA in MLB (4.73). The 7.43 K/9 ranks 28th out of 30 big league teams and the 3.75 BB/9 checks out in the middle of the pack. Largely unaddressed this offseason (Matt Belisle being the only signing of note), the pen remained a major question mark. While it hasn't yet gone off the rails, the goal would be to address things before it gets to that point.

Looking at what's out there, you can see some definite pieces. Brandon Kintzler is a solid reliever, even if he toes the questionable line when it comes to working as a closer. Taylor Rogers fits, and Tyler Duffey looks like a real weapon. I still believe Ryan Pressly is more than his funk suggests, and Justin Haley being carried makes sense. While that leaves both Matt Belisle and Craig Breslow, you have to wonder if Minnesota isn't in a position to push for more on their own.

Triple-A Rochester has some intriguing arms worthy of a shot. Adding Drew Rucinski to the 40 man roster for a brief call up comes as confusing, if only because there's other options. Trevor Hildenberger, D.J. Baxendale, Aaron Slegers, and even Jason Wheeler could all use a look. If we're really trying to push the envelop though, it's at Double-A where the Twins greatest assets lie.

Another 2nd round pick, Burdi has come out guns blazing this season as well. He can push his fastball into triple digits, and seeing him healthy after throwing just three innings last year is a major plus. Across 13.2 IP this season, he's struck out 11.9 per nine innings, and he's walking batters at a very strong 2.6 BB/9. While command has always been Burdi's shortcoming, it's something he seems to have honed in this campaign.

I have no idea whether or not the Twins would promote either arm from Double-A, but I would lean towards them not doing so. Both have velocity, and wanting to see them pitch, more than just throw, at the next level might be worthwhile for a stop in Triple-A. Neither guy is going to be able to rely solely on speed at the big league level, and making sure they can get big league hitters out is a must.

Regardless of how they get to the Target Field bullpen, both Melotakis and Burdi have an argument to be there by early summer at the latest. I'd expect at least a brief stop for both in Triple-A, but guys like Breslow or even Adam Wilk, shouldn't stand in their way for a big league opportunity. Unlike a starting prospect, I'd argue that relievers don't necessarily need the long stay at the highest level of the farm. Give them a taste and move them on. J.T. Chargois put forth just 12.1 IP in AAA after 11.2 IP at AA prior to his promotion last year. A similar path could be had for both of these guys.

When they arrive, there's little reason to suggest it wouldn't be an immediate boost to the bullpen. Throw in a healthy J.T. Chargois or Jake Reed, and maybe a flier on one of those other names, and Minnesota will have reworked their relief corps from within.

Right now, there's some question marks as to how it will come together, and what guys can get healthy, but what Minnesota doesn't have in starting options, they have in relief. Both Burdi and Melotakis can lead the charge, and the dice will fall from there as they may.
Posted by tlschwerz at 7:53 AM