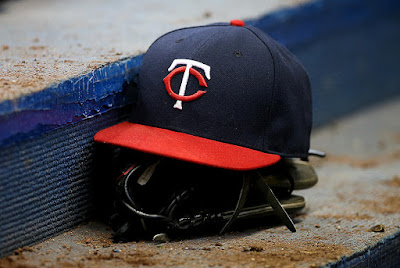 Going into the offseason the Minnesota Twins had more free cash flow than any point in recent memory. Multiple free agents inked to one-year deals are gone, Joe Mauer’s mega contract ended (as well as his big-league career), and the front office is left with something like a $60 million gap between current dollars and the 2018 Opening Day mark. From this we should be able to deduce a windfall of dollars being spent right? Maybe not.

On Friday local columnist Patrick Reusse was a guest on the Mackey and Judd show at 1500 ESPN. The discussion turned to the Twins and he noted hearing that the hometown nine are aiming for a payroll below $100 million to start 2019. This would be a $25 million step backwards from 2018, and with the considerable gaps to fill, a barrel scraping blueprint in order to fill out the active roster. You can bet that Reusse is more plugged in than this lowly blogger, and he’s forgotten more baseball contacts than I’ve ever made. There are some reasons to pump the brakes, however.

If that ends up being reality, they definitely deserve to be drug across the coals.
— Ted (@tlschwerz) November 30, 2018

First and foremost, C.J. Cron’s addition to the organization suggests a willingness to commit some uncertain dollars. Robbie Grossman was always headed towards a non-tender with a $4MM-plus price tag, and an inability to do much of anything outside of getting on base. That type of player is extremely replaceable, but the safe assumption would’ve been to do so at a lower valuation. Minnesota tendered Cron a deal at $4.8 million, and that’s plenty trusting for a guy coming off a career year and 30 home run production out of nowhere.

Looking at the current structure of the roster, there’s no denying that the Twins need at least one middle infielder, no less than two relievers, potentially a starting pitcher, and maybe another bat. By those assumptions, you’re looking at no less than four more additions to this squad. While acquisitions can come through the trade market (which would still carry obvious contract obligations), four players averaging $10 million pacts over any period seems like a tough ask. Staying below the $100 million threshold from a numerical standpoint would take a concerted effort.

Ok, so now that we’ve outline this reality being a difficult ask, it’s time to question why this would be a reasonable decision. As the Cleveland Indians continue to take steps backwards this offseason, it’s becoming more apparent that opportunity is beginning to present itself for the Twins in 2019 and beyond. While there’s reason to wait for a full explosion with Royce Lewis and Alex Kirilloff in 2020, prospects are unpredictable and getting the most from both Byron Buxton and Miguel Sano should remain the chief concern. No matter what waiting game is played, marrying upcoming talent with producers currently in the fold is an absolute must.

Should the front office decide to sit out of the market this winter, the largest counter argument would be an effort to lock down arbitration eligible talent to long term deals. Getting commitments out of Sano, Buxton, Jose Berrios, Eddie Rosario, and Max Kepler then all becomes a “must do” type of strategy. If you aren’t willing to spend money on the open market, but also aren’t paying for the control of your own internal talent, you’re visibly announcing a lack of care to improve or compete.

That’s really where we find ourselves should this scenario play out. For far too long, there’s been griping about the Twins payroll. Looking back over the recent landscape however, you’ve got plenty of losing seasons and even less controllable talent. Spending big dollars on one player here or there would have never advanced the envelope enough for Minnesota to make any real mark. We are no longer in that period. Top prospects have graduated, the division presents opportunity, and money is plentiful for the proper allocation. Should the Twins fail to be in the same tier of payroll when 2019 kicks off, the front office, organization, and all involved are deserving of the lashing they’ll take.

We haven’t yet reached a point of concern given the lack of market movement thus far. The hopes would be that the Winter Meetings would blast the stove to hot, and we wouldn’t see players grasping at last minute deals well into spring training. Should Derek Falvey and Thad Levine welcome the Cleveland Indians to Target Field on March 28th with a payroll less than $110 million though, forget the cold and just burn it all down.

Posted by tlschwerz at 9:39 AM