The Scoop on Schoop, and His Twins Fit 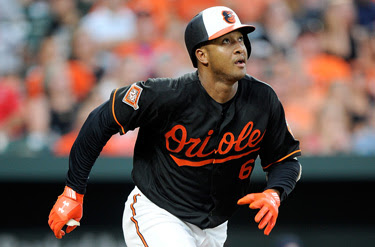 Entering the offseason Derek Falvey and Thad Levine were tasked with finding infield help. They needed to replace the retired Joe Mauer, and the flipped Brian Dozier. Internal options put pretty much any infield position as an acquirable target, but in the end, second base and first base were the routes traveled. Now with Jonathan Schoop joining C.J. Cron, Minnesota has filled both needs, but there’s plenty to question here.

Schoop was acquired by the Brewers during the 2018 season. The intention in Milwaukee was to keep the 2017 All-Star around for the 2019 season. With a year of team control left, his arbitration contract was almost certain to be tendered. Unfortunately for Schoop, he owned just a .577 OPS in 46 games with the Crew and find himself out on the free agent market.

After making $8.5 million in 2018, the Twins getting a bounce-back candidate in his age-27 season at a paltry figure of $7.5 million, it’s hard to be disappointed. When viewing Schoop through a vacuum we can see a power hitting middle infielder that’s just a year removed from an .841 slugging percentage. He plays better defense than the Twins have employed at the position in some time, and the market itself wasn’t rich with ideal options.

It’s when you look at the fit with the Twins specifically that Schoop becomes a bit more of an odd fit.

Gone from the 2018 team are the likes of Dozier, Mauer, and Robbie Grossman. That trio was a mainstay in Paul Molitor’s lineup, and even with the down year from Dozier, the group provided an ability to get on base. Looking at the projected starters for Rocco Baldelli, the best OBP mark over the past two seasons comes from Eddie Rosario (.326). Given that the front office wound up with both Cron (.316 OBP 2017/18) and Schoop (.307 OBP) it’s worth considering that there may be a shift for power as opposed to plate discipline and on-base skills.

There’s an argument to be made that slugging percentage can begin tipping the scales away from OBP, but you’d like to have some sort of marriage throughout the lineup. Being too heavy on one side of the spectrum seemingly would lead to a feast or famine type of offensive output. Certainly, a rebounding Miguel Sano (.352 OBP in 2017, .385 OBP in 2015) would help matters. A designated hitter that can marry on-base skills and slugging prowess could also be an avenue of opportunity.

At the end of the days, Minnesota got one of the better second basemen on the market. Schoop has plenty more to like than players like Daniel Murphy or Jed Lowrie when considering all factors. At his best though, he’s a downgrade from even 2017 Brian Dozier (who wasn’t and shouldn’t have been considered by Minnesota), and the skillset that the Mississippi native used display in Twins Territory. If this is going to work swimmingly, Schoop needs to make 2018 a mirage and see the rest of the lineup help to hide his deficiency.

I’d bet the Twins are done with offensive additions unless a designated hitter falls into their lap, and now it will be up to the ability of the front office to raise the water level of the rotation and bullpen. Cleveland willingly taking steps backwards for 2019 helps this organization, and although the club doesn’t appear to be kicking the door in, beginning to pry it open would be a nice sign of things to come.

Posted by tlschwerz at 8:23 AM