Rolling the Dice on Relief 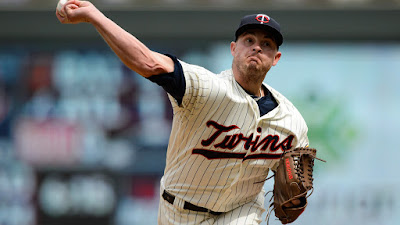 Ken Rosenthal of The Athletic is reporting that the Minnesota Twins are expected to reach a deal with Blake Parker in short order. The 33-year-old will turn 34 during the 2019 season and is looking to improve upon a 3.26 ERA posted during 2018. The former Angels reliver is Minnesota’s first pitching acquisition of the offseason, and for a bullpen needing some help, is hardly aiming to high. Given the internal options however, Derek Falvey and Thad Levine could certainly be rolling the dice on how some holdover names bounce back for 2019.

Relief pitching is one of the most unpredictable assets in baseball year over year. Unless you’ve got an arm among the elite upper echelon of the sport, expecting consistency on an annual basis is a crapshoot highlighting the desire for teams to acquire arms on one-year deals. For Parker, there’s reasons to believe he’ll be as effective out of the bullpen as the likes of Zach Britton, Cody Allen, or any other player cut from a similar cloth. He’s not going to require much of a commitment from the squad, and he’ll help to raise the water level over the Matt Magill and Tyler Duffey types.

It’s become apparent that Minnesota isn’t going to be a player on one of those elite talents at this point. Craig Kimbrel is really the only name left in that group, and even Adam Ottavino is a 33-year-old with a less than ideal track record. I wholeheartedly support the notion that Minnesota should be allocating funds to bring in another arm for the sake of talent, but the difference making presence certainly could come from within.

While not remembering if I’ve discussed it in this space, I’ve tweeted often about the prospects of Fernando Romero as a reliever. It’s more than fair to dream about him as a top of the rotation starter, but right now he may not be there. Utilized in short bursts out of the pen, his electric fastball could be paired with one other offering allowing him to be relied upon by Rocco Baldelli. Starting out in somewhat of a middle relief scenario and eventually transitioning to high leverage, expecting the ceiling to be anything but through the roof for Romero seems shortsighted.

There’s another guy that certainly could end up being the cream of the crop for the Twins in 2019 however, and he was worthy of a two-year pact just last offseason. Addison Reed is just 30 years old and signed a contract for $16.75 million over two years. He was coming off a two year stretch with a 2.40 ERA 9.8 K/9 and 1.6 BB/9. Not tabbed to be the closer with Fernando Rodney in the fold, Reed brought high leverage and back-end experience to the pen. We know how his 2018 went and calling it suboptimal would be putting it nicely. He gave up far too much contract, lost velocity, and was batted around the park. Can 2019 be different though?

Dealing with triceps tightness Reed hit the disabled list for the first time in his career last season. The move took place in early July and was a precursor for a season that simply wouldn’t get back on track. Owning an average 93 mph fastball in 2017 the juice had dipped to just 91.3 mph last season. After generating swinging strikes a career high 13.7% of the time in 2017, Reed got them just 10.7% of the time last season. Batters weren’t chasing, and the 78% contract rating was among the highest of his tenure in the big leagues.

Going into the upcoming year there may be no more important player to the Twins eventual success than Reed. There’s no denying that having some stability around Trevor Hildenberger and Taylor Rogers is a must. Romero represents a nice upside play, and Parker will certainly help to support the group. As a new manager with a pen in flex Baldelli needs the best version of Reed for what lies ahead. Another opportunity at a payday is also in store for the California native, and slotting back into the late innings would do wonders for his future value. It remains to be seen if Reed is both health and effective, but a perfect mix would’ve made him among the most coveted arms on the open market in this circuit as well.