Closing Time for the Twins 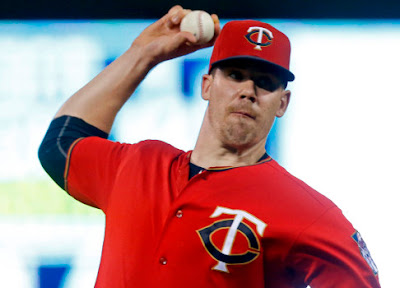 As of this writing the Minnesota Twins have made just one move to solidify their bullpen for 2019. Snagging non-tendered reliever Blake Parker on a one-year deal, Rocco Baldelli’s relief corps hasn’t been overhauled by any means. Knowing the innings will need to be allocated across the group in the season ahead, there’s plenty of uncertainty when attempting to determine roles. From a traditional sense, that’s a fine determination. For those concerned with such things however, we’re left wondering who closes things out?

On January 14 the Parker deal was made official. It is a $3.2 million pact, but the oddity is that only $1.8 million is guaranteed. The former Angel receives a $1.4 million sum if he is on Minnesota’s active roster for 160 days. It’s a weird stipulation that needed to be agreed to for a guy who’s put up solid numbers over the past two years. Being non-tendered is one thing, but this almost makes it look like Parker didn’t have great prospects elsewhere either. Regardless, I believe he can help Minnesota’s pen.

Pitching for Los Angeles each of the past two years Parker earned 22 saves. Never tabbed the closer from the get-go, he’s filled in during times of need and done so admirably. A high strikeout and strong command pitcher, Parker has the makings of a guy able to succeed in the 9th or a setup role. From there, things get less certain.

If there’s a “proven closer” among the current bunch it’s Addison Reed. Signed to a two-year last winter, Reed was expected to be a difference maker for the Twins. He flopped and battled injury in Minnesota but has always shown so much more. He was far too hittable last season but remained relatively strong in terms of limiting walks. With 125 saves to his credit, operating as a closer is something he’s familiar with. In talking with Reed last spring, he told me he could care less about the save aside from grabbing some prior to arbitration. Should Minnesota be able to right the 30-year-old on a path that he had previously been on, they’ll have a strong late inning reliever no matter where he’s used.

From an internally developed standpoint Minnesota has only two options. Trevor May and Trevor Hildenberger look like the most logical fits. The former is a converted starter that seems to be able to amp it up in relief, why the latter is a crafty reliever who’s used deception and stuff to fuel a level of dominance out of the pen. I’d suggest May as profiling more towards your prototypical closer, but it’s clear that Hildenberger has found success in that arena as well.

The Twins watched a further breakout from Taylor Rogers in 2018, and while his numbers are spectacular, I think he continues to slot in best during optimal high leverage. Being called upon situationally late in games allows for him to dictate matchups and utilize his best stuff for getting opponents out. Fernando Romero looks like he could be headed to the pen this year, and the blazing fastball would certainly play up in relief. Over time I’d be far from shocked if he doesn’t force himself into high leverage. Initially, Minnesota may be cautious to keep him stretched out, and even if not, asking him to immediately work the most important innings could be a tough ask.

From here Baldelli won’t have much to turn to. J.T. Chargois is gone, John Curtiss was just DFA’d, Jake Reed has yet to be promoted, and Tyler Jay is still on the farm. If there’s someone outside of the previously mentioned big league names ready to reign in the closer role for this club, they aren’t currently on the roster. Cody Allen continues to be a name that makes so much sense, and I’ve heard rumblings that the interest is mutual. Until that deal comes to fruition however, it’s a wait and see sort of scenario.

Even with an Allen marriage in Minnesota, this collection is setting up like a group that will rotate the hot hand rather often. Allen has recorded at least 24 saves in each of his five seasons operating as the Indians closer, but the Twins could see something like five different players record marks in that category. From both a developmental exercise to a best fit scenario, the Twins relievers possess a wide spectrum of potential outcomes for the 2019 season. The best-case scenario looks to be a collection that succeeds by being quality over the sum of its parts. There probably isn’t going to be a runaway fireman called on at every opportunity but being able to adequately operate together gives this group promise.

Right now, today, it’s hard to envision the Twins front office feeling good about where the relief corps is at. The bulk of the work has been done, but another signing seems almost necessary. We’ll know more about who takes what role, when, as spring training gets underway. There’s going to be uncertainty for this group regardless, but I think it’s less damaging than immediately may be assumed.

Posted by tlschwerz at 1:42 PM