Twins Could Trade for a Former Free Agent Target 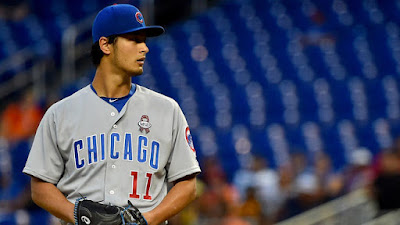 After bringing back Jake Odorizzi and Michael Pineda the Minnesota Twins should be turning their focus solely to the top of their rotation. Madison Bumgarner is the presumed name, but Jon Heyman recently reported that former Dodgers starter Hyun-Jin Ryu could be the target. What if Minnesota wanted to go a different route entirely?

There’s no denying that Bumgarner and Ryu are the best (see: only) arms left in the second tier of available starters. Bumgarner has been dissected plenty, and Ryu is essentially the flip side of what he brings to the table. Injury concerns are abundant and could be an immediate issue. He won’t command the same length in a contract, but that may not matter if you get burned on the front end. Ryu is a really nice arm, but there’s plenty of risk regarding how much time he’ll miss.

For a while I’ve contended the Twins plan this winter should be to acquire a top-tier arm through free agency while also dealing for an option with some nice team control. What if it they decided to deal for the top-tier arm as well, and spend by taking on someone else’s contract?

Minnesota came up a year short in signing Darvish before he eventually landed a six-year deal with the Chicago Cubs. Thad Levine has in-depth knowledge of the arm having worked in the front office that originally signed him in Texas, and the parallels with Ryu run pretty deep.

Chicago’s starter is roughly six months older than Ryu. He could be had on a four-year, $81 million contract today assuming the Cubs take on no salary. Although Ryu may not get four years, he’ll probably wind up somewhere between the $60-75 million range. Darvish was injury and bad a season ago, and then started slow in 2019. Across his final 20 starts last year he allowed just a .629 OPS and had a 162/18 K/BB ratio.

When looking at Darvish and Ryu it comes down to what path you prefer (and if Chicago is truly motivated to move him). Ryu costs dollars and brings a strong amount of command while lacking the strikeouts. Darvish would require prospect capital, involves a similar level of injury risk, but brings arguably the best strikeout numbers Minnesota would have ever employed.

If you’re hoarding prospects, and there’s reason to suggest that the Twins should be at least until the deadline this season, then spending money on Ryu or Bumgarner should be the obvious decision. If Darvish is seen as the superior option to Ryu, then engaging the Cubs in meaningful discussion is absolutely a conversation worth having.

We’re at the point in roster construction where big moves are going to involve a certain level of skepticism. Knowing that there’s nothing certain about any of the options involved, a level of belief will be required with any asset acquired. I’m not sure which path the Twins will choose, and I don’t know what the right one is. I am glad we’re at the crossroads where it becomes a necessity, and these are the real discussions that we’re having.
Posted by tlschwerz at 8:44 AM