Spending First or Not at All 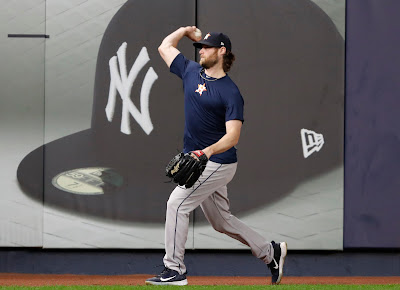 Last night the baseball world watched in awe of the contract that Gerrit Cole was handed by the New York Yankees. He signed the for the largest AAV and total contract value ever given to a pitcher. New York spending money isn’t surprising at all, but there’s a tickle down effect and how it impacts a team like the Twins remains to be seen.

It’s a great thing that the Minnesota Twins have significant funds and a real opportunity ahead of them. What is less than great is there’s only so many desirable commodities. When Cole came off the board, teams like the Los Angeles Dodgers and Angels immediately pivoted to the likes of Madison Bumgarner and Hyun-Jin Ryu. Just hours before, those arms looked like targets Minnesota may be able to wrangle in. Now, the competition just became more fierce.

This exact scenario is one that we can consider during the regular season as well. Although many teams like to wait until closer to the deadline providing an ability to determine their fate, acquiring organizations obviously benefit by earlier action. We can assume somewhat of a premium is paid for early swaps, but the desired result could outweigh that cost when it results in additional wins.

During the offseason games aren’t being immediately impacted, but the game of musical chairs gets more intense with each spot pulled from the circle. Zack Wheeler went from reports suggesting he’d accept something south of $100 million to signing for $18 million north of it. That contract upped Madison Bumgarner’s ask, and both Stephen Strasburg and Cole being gone dwindled the list of worthy assets. Does all of that equate to an opportunity being missed?

We’ll never directly know what contract negotiations sound like on an individual basis, but early action could seem to hold some weight. Rather than being worried about setting the market to high, a team could be sitting pretty having nabbed their desired talent prior to feeling pressure of commodities being unavailable. A team like the Twins is now faced with the proposition of outbidding either Los Angeles franchise if Ryu or Bumgarner was their man, and that creates a higher level of stress than was initially desired.

Although we’re discussing these principles within the realm of baseball, it’s applicable across so many facets of life. As human beings we’re all out for our best interests and looking to snipe a deal. Is the coupon at Target going to save us the most money, or should we save the additional five miles by going to Walmart and buying it first? The fear of missing out can cause us to make rash decisions but being comfortable in our evaluations may afford the opportunity to overlook the result.

I’d imagine Derek Falvey and Thad Levine aren’t going to tip their hand as to which pitching assets they had ranked highest. Maybe everyone was lumped together and they truly do not care who winds up in Twins Territory, a true test of their internal development staff. We can draw some conclusions or generate educated guesses once all the chips are on the table, but the waiting and guessing game is all we have for now.

In a vacuum it seems the Twins may be best suited to approach a high value target with a strong offer and a deadline. Maybe it doesn’t work that way and maybe they tried, but maybe being the one without a dance partner at the end of the song isn’t so great either.