The Diamond that Made the Decade 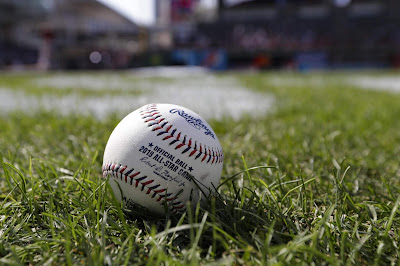 March 10, 2015 was the debut of Off The Baggy. I had begun writing roughly a year prior and found myself trying out this newfound hobby at a few different blogs. Looking for an outlet to more completely express my own opinions this place was born. As the decade comes to a close, it's worth looking back at how this has all grown.

I’m not sure what my Twitter following was back in those days, but I know that original announcement of another Minnesota Twins blogging alternative was read just 30 times. I’ve now cultivated over 330k pageviews, have a Twitter following north of 12,000, and this piece will be the 875th entry on this site.

None of that is remarkable on its own, but the purpose when starting out on this adventure was always generating engagement. I wasn’t a fan of Twitter initially, failing to understand the point and its usage. Upon a closer look, it became obvious that it was a vehicle for consuming the most pertinent information to my general interests. By constructing a feed geared towards my preferred news I became excited about the quick hitting updates.

When Twitter stopped being enough to share my thoughts and outlook with those I had met, or those I would come to engage with, blogging represented a new opportunity. Being able to write out thought processes in a longform style, having an ability to look back, and in general create a whole new level of engagement, was immediately thrilling for me.

Since those early days I’ve now found myself experiencing opportunities I would’ve never thought possible. Relationships, both from readers and professional athletes alike, have spun up out of nowhere. I’ve had the opportunity to act as a reporter from a Major League clubhouse. I’ve broken news. I’ve written good things, and some less than quality. I’ve been brought on as a regular contributor to the best baseball fan site in the country, and it has never once felt like anything more than an exciting outlet furthering the consumption of baseball.

I have no idea what the next decade looks like for me and blogging, but I do know I’m ecstatic to still have an outlet and a growing population of people willing to share their input. I’d bet heavily on this set of years being more enjoyable from a Twins fan perspective, and with that being the chief source of subject matter, I’m excited to buckle up for the ride.
Posted by tlschwerz at 6:54 PM