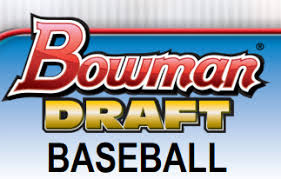 Today is one of the biggest releases on the calendar in the hobby world. As Topps pumps out the latest Bowman Draft product, collectors feast their eyes on an opportunity to grab autographs and cardboard of the next great stars. For the Minnesota Twins specifically, a Bowman product hasn’t been this exciting in a few years.

While collecting sports cards is a hobby, a large contingent of its appeal is monetarily driven and provides an aspect of gambling. Outside of buying specific cards you covet on secondary markets, opening boxes or packs leaves the consumer fully open to chance. With Bowman that reality is heightened given the nature of the product. Up and coming prospects are put in their major league uniforms, and for many, it will be their first professional cards.

From a desire perspective it’s the “1st Bowman” card that reigns supreme. Mike Trout’s fetch more than $20,000, and while no one else is on that pedestal, plenty of players routinely top the $1,000 mark on an annual basis. At the most fundamental level, you’re looking for strong prospects with youth and talent on their side, with the understanding that hitters are more desirable than pitchers. In Draft, which features the top picks from the previous amateur cycle, Minnesota has five key subjects. Let’s get into what their potential, cardboard and baseball, may look like.

A decent comp within the Twins system would be Brent Rooker, although the Minnesota native has youth on his side. Wallner pitched as Southern Miss as well, but he’s being groomed solely for his bat after being taken in the first round. There’s plenty of power potential here as he set college records, and his eight professional dingers in 65 games was a nice start. Wallner is the type of hobby player that sits in the middle. He’ll hit a boatload of homers, but the position and other abilities leave him with some bust potential. Given his hometown narrative, he could be coveted by Twins collectors, but this should remain an affordable chase player.

A helium pick for the Twins, Cavaco played in 25 games after being the 13th overall pick. He didn’t show well owning just a .470 OPS in the GCL, but there’s reason to call that expected. He came into his own during the showcase circuit, and pro ball is going to be yet another leap. Minnesota obviously sees all-around promise and continuing his development should only raise his overall ceiling. In the card world he could soon become an expensive get. Youth is in his corner, and talent is through the roof. The minute results follow, there’ll be a clamoring for his cardboard.

Taken after his junior season at Uconn, Prato is an up-the-middle player that the Twins see promise in. He played in 45 games for Elizabethton while getting in two at the next level for Cedar Rapids. He’s not a power guy, but he can swipe bases and hit the gaps. That profile is much more beneficial on the diamond than it is in the baseball card realm. He could be a solid utility player at the big-league level, but his cards aren’t going to see much of a jump unless there’s a shift in projection.

Another Conference USA product, Canterino was taken in a class with Wallner, who he is very familiar with. Arguably the best projected player of Minnesota’s 2019 class right now, the pitcher posted a 1.44 ERA across his first seven professional starts. He’s got a quirky delivery, but he’ll mow down hitters and has an advanced approach on the mound. There’s middle-of-the-rotation upside here for Minnesota and that’s great news for the big-league club. Pitchers aren’t highly collectible however, and that generally mutes prices significantly. With the volatility of injury or ineffectiveness as well, there should be no reason this is ever more than an entry level purchase.

After playing for the Oregon Ducks across three seasons, Steer was selected by the Twins and made quite the impression. His .949 OPS at Elizabethton earned him a promotion to Cedar Rapids. In 44 games there he owned a .745 OPS still buoyed by a strong OBP. He’s always controlled the strike zone well, and he should have some potential to grow into power. Steer isn’t going to light the world on fire, but he’s probably got the safest floor of anyone that made it into the product for Minnesota. An affordable autograph with staying power makes this one worthy of looking into.

Posted by tlschwerz at 8:52 AM