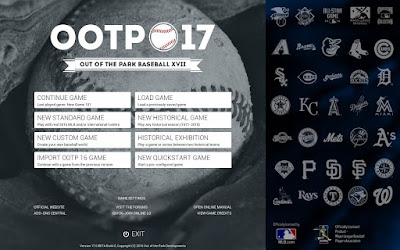 When it comes to baseball simulators, Out of the Park Baseball is the gold standard. With the latest iteration having just released, things haven't changed much for OOTP 17. When you have a formula that many fans of the series crave as the beginning of the regular baseball season, there's little reason to make much of an overhaul.

As a managerial simulator, OOTP 17 understands what it is and does it very well. Instead of being focused on graphics and in game controls, the representation of the game is much more focused on the in's and outs of the sport. This season however, OOTP 17 has added another level of realism thanks to the introduction of 3D Live-Action gameplay. Stadiums are realized in a better way than OOTP 17 has ever done before, and it enhances the in-game experience greatly. 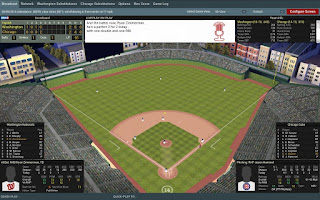 Looking at the next big change for this year's version of OOTP, the game has been given even further credibility with the inclusion of both MLBPA and MLB.com licenses. Thanks to the inclusion, minor league rosters now date back accurately all the way to 1919. What was already an incredibly deep game, got even more so with the expanded options.

The rest of this season's changes come in with a much lesser overall hype to them, but the impact is almost as significant. In OOTP 17, there's a very real focus on helping to simplify whatever task you're taking on with your team. When cycling through menus and working through your simulation, interfaces have been streamlined helping to smooth out the next move you'd like to make.

Of course, OOTP 17 remains a very deep game, and it's going to be relatively overwhelming for new players. Thanks to the menu changes and redesigned interfaces however, there's a real feel of being walked through the process as you get used to the experience. 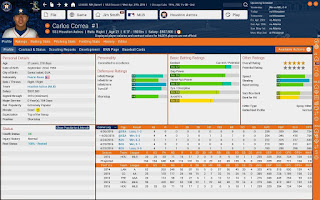 One of my biggest gripes from OOTP 16 was the trades that took place during any given season. The AI logic seems to have been improved this year however. While there will still be some head scratchers that come across your message box, more often than not, you'll end up seeming impressed with the moves other organizations make.

At the end of the day, there's very little hope in being able to highlight everything OOTP 17 brings to the baseball. It remains the most realistic baseball simulation on the market, and is a must buy for fans of the series and new entrants alike. Whether looking to experience the coming years with your favorite franchise, or dig into the teams of yesteryear, OOTP 17 hits another home run with this season's offering.