Stacking Up The 2016 Twins With Phil Mackey 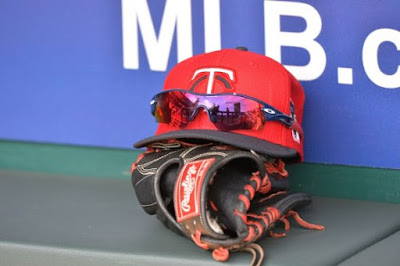 After a season in which the Minnesota Twins surprised many around baseball, 2016 presents a whole new opportunity for Paul Molitor and his squad. Now no longer toting the weight of multiple 90 loss seasons, Minnesota looks to expand upon its near playoff performance from a season ago. I have contended often that in 2016, the Twins remain the AL Central team most capable of finishing first just as well as last in the division.

Despite having talked about plenty of narratives this offseason here at Off The Baggy, I recently had the opportunity to speak with Twin Cities baseball mind Phil Mackey. He can be heard weekday mornings on 1500 ESPN Radio doing the Mackey and Judd show. While the topics on their show range across all Minnesota sports, Mackey's wheelhouse in no doubt on the diamond, and he's one of the best in the business when it comes to breaking down the Twins. 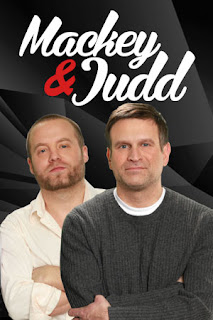 Set up in a question and answer format, Phil fielded a handful of thoughts on the 2016 Minnesota Twins, and offered his perspectives and outcomes for each. Take a look:


Off The Baggy: A season ago the Twins were one of baseball's surprise teams. Needing to push the needle further this season, what is the key factor that makes that happen?

Phil Mackey: They need two things, in general: A better bullpen and more top-end talent on the roster. Byron Buxton, Miguel Sano and J.O. Berrios could solve the “top-end talent” part of the equation. The bullpen remains to be seen. I love Glen Perkins, and he’s been an awesome contributor to our radio show every week, but can he stay healthy in August and September? Can Kevin Jepsen repeat his performance from last year? I feel pretty good about Jepsen-May-Perkins, if healthy, but the Twins will need guys to really step up and lock down innings 5-7.

OTB: After going into 2015 with a bullpen that should have caused worry, do you feel the same about the 2016 situation or see it as improved?

PM: I think I just answered this question in the previous question, which fits in line with my overachieving personality… The most important thing is for Twins relievers to miss more bats. If I recall, the Twins’ bullpen has allowed more contact that just about any ‘pen in the league over the past couple seasons, which isn’t ideal when we’re talking about holding leads and preventing baserunners from scoring.

OTB: It was pretty apparent Danny Santana seemed ripe for regression last season. What player seems like the most likely to regress in 2016 and why?

PM: Eddie Rosario seems like the obvious answer here, just considering the enormous gap between his strikeout and walk rates… but I’m going to go with Kevin Jepsen. Last year was a career season for him, and I highly doubt that he’ll be able to repeat it. Sort of like Devan Dubnyk with the Wild. Not repeatable. But we’ll see.

OTB: I know you're a big sabermetrics guy. Give me the over/under on some numbers for Eddie Rosario in 2016: 14.0% Swinging Strike, 8 Defensive Runs, Saved 2.0 fWAR

PM: Under on the swinging strike rate… Over on the DRS… Over on the WAR. I think the demise of Eddie Rosario is vastly overstated. He’s a sharp dude with great instincts (do you like those scouting terms in the middle of your saber question?), and I think he’ll find ways to adjust and adapt.

Of course, I just jinxed him. And now he’ll be terrible.

OTB: There should be no shortage of power in the Twins lineup this season, and the club should have a realistic shot at the 200 plateau. Who hits the most longballs for the Twins, and how many does Byung Ho Park tally?

PM: If Miguel Sano stays healthy, he’ll lead the team with 30-something. I’ll say 36. With Byung Ho, I honestly have no idea. Nothing would surprise me. If he plays every day, and if you set the over/under at 19.5, I’d probably take the over. But it’s possible morph into more of a platoon bat (with Arcia potentially on the roster), which could reduce his total. Byung Ho has plenty of pop, but can he adjust to MLB location and secondary pitches?

Which leads me to a mini-rant… Everyone is so fixated on whether Byung Ho can hit “a major league fastball.” That’s not the issue. I don’t care if every pitch is 100 mph – every professional hitter will square it up if he KNOWS it’s coming. Where MLB pitchers differ most from guys in the KBO, the minors and other inferior organizations is A.) location and B.) command of secondary pitches.

OTB: Out of options, and seemingly running out of time, what are your thoughts on Oswaldo Arcia? Is he another potential David Ortiz, or a roster casualty that you're ok losing on waivers?

PM: I think it would be a huge mistake to let him walk for nothing. Oswaldo Arcia will hit 20 or 30 home runs for somebody in 2016 if given enough plate appearances. Not to mention, he already has a track record of destroying right-handed pitching. He’s David Ortiz Light. Or Diet David Ortiz.

OTB: In the rotation, the Twins top three pitchers all have a strong chance to be pretty good this season. Which of the following do you see as the most realistic outcome? Hughes has a bounce back year, Santana pitches like he finished 2015, or Kyle Gibson emerges as the Minnesota ace?

PM: In order of how likely…

1.) Hughes bounces back
2.) Santana pitches like he did in second half
3.) Gibson emerges as the ace

In fact, the Twins’ rotation actually has a lot more upside than people are giving credit. Santana and Hughes have both been able to anchor rotations for long stretches in recent years (when they’re ON), and Berrios could fit that bill too. Now, will ALL of them be lights-out at the same time? Unlikely. But there’s upside.

OTB: Wrapping up the conversation, the Twins should have three realistic rookie of the year candidates. Who do you see making the strongest push between Park, Buxton, and Berrios?

PM: Byron Buxton has the best shot. He’ll start at a premium position and will play every day, immediately. And he doesn’t need to be great at the plate to make a huge impact. If he plays top-notch defense, steals bases and does marginal damage at the plate, he’ll be in the mix. I think his worst-case projection is B.J. Upton.

There you have it, Phil might have started to agree with me on Rosario, but I really like the suggestion of Jepsen being a name to cause some pause. I think the Twins bullpen has the chance to be better than we saw a season ago, although I'm not sure strikeouts will improve a vast amount. Regardless of where the numbers fall across different positional groups on this roster, there's no arguing that the 2016 version of the Minnesota Twins has the most intrigue of any team in recent memory.
Posted by tlschwerz at 5:41 AM