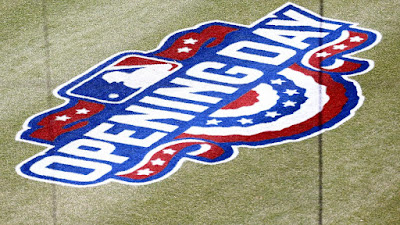 Yesterday, Craig Calcaterra wrote an incredible piece over at NBC's Hardball Talk in regards to Opening Day and the celebration that it is. I urge you to read it, the perspective is truly necessary. The basis of the piece is that while Opening Day is no doubt a celebration, it's importance is sometimes overstated. That leads us to here, and what lies ahead.

Don't get me wrong, Opening Day is a party, and it should be. We've made it. No longer are we spending days speculating about what moves the Twins may make, or how much of a debacle Miguel Sano may be in the outfield. Instead, the narratives begin to play out in front of our eyes, and unlike the last month of forgettable action, these games count.

Sure, Opening Day is one of the days on the calendar a baseball fan circles every season. You don't need a political affiliation to have no better reason to vote for a presidential candidate, than whomever first takes on making the day a national holiday. For the 2016 Twins, Opening Day is going to signify the first time since 2011 in which Minnesota will embark upon another 162 game slate coming off of a winning season. Yes, today is incredibly important.

That importance is where things take a bit of a shift however. Opening Day is simply not at all important for what takes place on the field. Everything about baseball's ribbon cutting day is about what takes place off of it. The pageantry, the flyovers, your first ballpark beer, all of those things carry more weight than anything that takes place between the lines today.

Minnesota will send Ervin Santana to the mound, making his first ever Opening Day start. The Twins big free agent splash in 2015 could go on to twirl a no hitter, or he may deal a perfect game. Almost as likely, he'll get shelled, give up double-digit runs, and the limited grouping of traveling Twins fans will leave Camden Yards well before the fifth inning. The reality however, is that the outcome is going to lie somewhere in between.

Looking at the landscape of the 2016 Twins, and the expectations for the ball club, there may not be a big league team tougher to project. Capable of putting together a run that has them at the top of the AL Central, or watching the inexperience, youth, and gambles crash and burn to the tune of a last place record, Minnesota stands to write a pretty interesting storyline in the year ahead. With that understanding, it's going to take quite some time for a real concrete set of expectations to develop.

Beginning the season, the Twins will play somewhat of a softer schedule. Getting some lesser teams on the road (sorry Baltimore, but Chris Tillman on Opening Day?), and dealing with the tougher foes at Target Field (what do we make of the White Sox? And is the Indians rotation really going to carry that outfield?), Paul Molitor's club can position themselves well. Down the stretch though, when the playoffs begin to come into the picture, the Twins will face an incredibly heavy slate of inner-division rivals.

By the time for the rubber to meet the proverbial road for Molitor and his gang, the hope would be that Miguel Sano would be roughly 30 homers deep. Maybe Byung Ho Park will have mastered the clobbering of breaking pitches, and Jose Berrios could be well on his way to winning the AL Rookie of the Year award. Sure, all or none of those things may happen, but what's certain is that none of them will begin to take hold on Opening Day.

When the Twins take the field against Buck Showalter's Baltimore Orioles at Camden Yards for Opening Day, it signifies the end of a long offseason that couldn't come soon enough. The numbers, stats, and developments to come though, well, Opening Day really isn't a place for any of that.

Enjoy it, embrace it, and settle in for the long haul. While casual fans will come and go throughout the season, you'll be here, watching the Twins turn "what ifs" into reality for the next seven months. The excitement and fireworks is for them, the box scores and production though is what makes Opening Day a blip on the radar in the scheme of the greatness that is yet to come.
Posted by tlschwerz at 5:02 AM