Twins Problems Are All Of Them 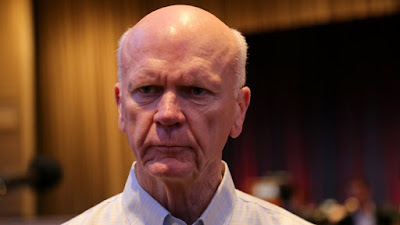 Here we sit, right around the end of the first month of the 2016 Major League Baseball season, and the Minnesota Twins find themselves as cellar dwellers. Not only are they dead last in the AL Central, but they've found themselves there on account of everything going wrong, at almost always the right moments.

Coming off a season in which they weren't technically eliminated from playoff contention until the final week of the season, the Twins had high hopes for the year ahead. Instead of capitalizing on that in the early going, they've taken multiple steps backwards. A roster with youth, there's been odd decisions, the bullpen has been up and down, and the offense has been near non-existent. What it's really added up to is the Twins having as many problems as they could have possibly envisioned.

First and foremost is the offense. With a lineup that was rounded out using big bats, Paul Molitor's club was expected to hit balls over the fence. A realistic chance for 200 on the season, they appear destined to finish nowhere near that mark. Just 17 to date, the Twins aren't remotely close to where good home run hitting teams have been in previous seasons.

I've done (I believe) a very consistent job of keeping track of what I've coined the Twins Power Index. In measuring strikeouts, as they relate to home runs, Minnesota has often been left empty handed. Striking out per game, more than any other team in baseball not named the Houston Astros, the Twins home run totals have lagged behind. Only a couple of guys are seeing above an acceptable amount of pitches per strikeout, and the problem as a whole hasn't gotten better.

Against the Washington Nationals in D.C. Mollie's club struck out a ridiculous 38 times over the course of two games. I saw a Twins writer or two caution that the way of the K had fallen by the wayside as, they "hardly struck out at all over the last week," and that "the sky's not falling." In a vacuum, that's probably a true sentiment, but considering the power production expected to compliment those strikeouts has not change, the problem is only looming larger.

Then, because of the lack of offense, the Twins have done nothing for what has been a respectable (maybe a little less) pitching staff. In 19 games, Neil Allen's starters have thrown nine quality starts. Of those games, only three of them have been won by the Twins. In six of nine quality starts, Minnesota failed to score more than what amounts to no more than three runs over the course of six innings.

When Minnesota is scoring, they aren't holding leads either. Forget about Glen Perkins who's on the DL after a week one injury. Kevin Jepsen has looked every bit the regression candidate he was poised to be, and despite some decent outings from Trevor May, his command and prowess on the mound has eluded him almost an equal amount. The bullpen was positioned to be improved, if not avoid being a liability once again, should everything break right. Unfortunately, nothing has gone that way for Minnesota.

Rounding out the group of unfortunate-isms (sure, we'll go with it), is the direction this team has seemed to take through it all. With a roster probably one year ahead of real playoff contention, the youth was going to both sink and swim. What has happened however, is confusing roster moves that don't seem to mesh with each other whatsoever.

Early on in 2016, top prospect Max Kepler was given the call to Minnesota. He started just two of 13 games at one point with the Twins, and was given no regular time. The bulk of that was while Byron Buxton was struggling, and Eddie Rosario could get nothing going. Not only was his development being stunted by not playing, but Molitor had no better clue as to what he was capable of at this level.

It took nearly moving a mountain to get Oswaldo Arcia to draw some significant starts, and now the club appears to have opened a 40 man roster spot (and depleting a realistic third catcher in the process) for aging veteran David Murphy. Unlike Kepler, Arcia, or any host of other young players, there's no hurt to having Murphy come up and sit. In needing to sign a veteran retread just to get the oomph to make a roster move though, Terry Ryan should expect to face disdain.
UPDATE: Per Mike Berardino, the Twins did in fact open up the 40 man spot to call up David Murphy. They lost John Hicks in doing so, and Murphy walked away from the organization presumably to retire. That sequence as a whole is a massive dumpster fire and highlights a really poor lack of planning.

At the end of the day, it won't matter whether Jose Berrios joins the rotation, Buxton gets it going in Triple-A, or some combination of Alex Meyer and J.T. Chargois bolster the big league pen. Right now, the Twins are doing everything wrong between the lines, and the stuff taking place outside of them is following suit.
Posted by tlschwerz at 9:38 AM