Is Paul Molitor Defensible For The Twins? 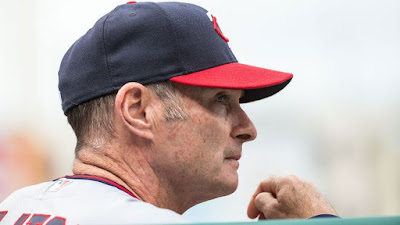 After 103 losses, a franchise worst for the Minnesota Twins, the organization has cleaned house. Well, they have almost cleaned house. Derek Falvey has been brought in as the new Head of Baseball Operations, a new General Manager will be appointed, and Minnesota will look to turn the page on the debacle that was 2016. Owner Jim Pohlad has stated that his manager, Paul Molitor will return in 2017. At this point, is that comment, or the manager himself defensible?

The short answer is no, and the longer answer, well that's heck no. Here's the deal, Paul Molitor was a really great baseball player. He's a Hall of Famer with more than 3,000 hits. When at the plate, there was next to no one that could do it better than Molitor could. Unfortunately as a manager, the same level of success hasn't been achieved.

2015 saw the Twins beat all statistical projections to just narrowly miss the playoffs. They were playing well above their heads, and every number suggested regression. Because they didn't prepare much for it, that regression came and popped the Twins, as well as Molitor, right in the mouth this past season. While the deck was already stacked against them, Molitor made a habit of poor lineup decisions, a "not my problem" approach with struggling young prospects, and very little to hang his hat on.

At this point, the greatest defense to keep Molitor around is that he's a hometown guy, and is as much a part of the Twins organization as anyone. In a professional league that should be about winning and advancing, those things shouldn't be enough to save someone's job.

With that in mind, the Twins have actionable areas in which they should be focusing on when it comes to the man that will lead their 25 man roster. Considering the youth that needs to be the backbone of the Twins future, utilizing, relating too, and developing that talent is an absolute must.

When a young guy struggles, the first course of action cannot be to simply send them back to the farm and make them someone else's problem. Far too often in 2016, Molitor seemed too far removed from his youngsters to squeeze anything extra out of them. More often than not, they were poorly positioned in the lineup, and then the developmental time in between falling by the wayside only compounded matters.

So, if the Twins are going to move on from Molitor, the focus should be in finding a personality that can handle the key areas differently. It's fair to wonder if owner Jim Pohlad will back off of his comments suggesting Molitor be guaranteed 2017. A 32 year old Falvey could suggest the change be made, but that might be punching above his weight class coming out of the gate. At the end of the day though, a non-baseball man like Pohald should focus on the business, and swallow his baseball comments that come from a place without much real knowledge.

Assuming that the Twins do actually clean house, and go with a new manager, there's a pair of possibilities I like a lot. Both Alex Cora and Gabe Kapler seem like they have the potential to be the next big thing among managerial ranks. Rather than simply recycling names that have held the position around the big leagues, Minnesota could go to a fresh perspective as they have done in the front office.

Both Cora and Kapler are former players. Cora has the background to relate to Latin players, while Kapler is widely regarded as one of the smartest people in the game. Kepler was considered for the Dodgers managerial role until Dave Roberts was handed the position, and there's more than a few teams that would do well to be in on Cora. Given each of their backgrounds, and the way in which they are positioned in relation to the Twins needs, either could be a fit.

Outside of that group, Sandy Alomar Jr. may make sense, and really even Doug Mientkiewicz could fit the bill. With Dougie Baseball, the biggest detractor is his familiarity with Minnesota. The Twins have often hired from within, and it's been to a fault at times. In this situation, that probably works against the Double-A manager. If Molitor sticks around, and is then let go mid-season, I'd love to see Mientkiewicz get an interim opportunity the rest of the way, if they are going to make a change prior to 2017 though, I'd prefer they look elsewhere.

At the end of the day, your list of reasons why the Twins should keep Paul Molitor includes him being from the same state, and false hope that 2015 masked. If that isn't damning enough for Jim Pohlad, it's something Derek Falvey would be well off to highlight for him. Regardless, Molitor has become indefensible for the Twins, and really, there's better candidates out there when it comes to fulfilling the Twins immediate needs.
Posted by tlschwerz at 11:53 AM