Season In Review: 2016 By The Numbers 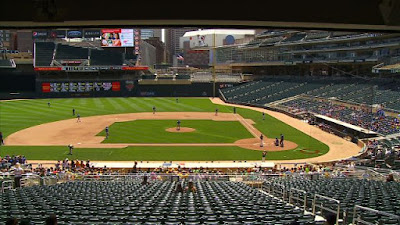 With the dust now settled, the 2016 Major League Baseball season has come to a close. The Minnesota Twins mercifully can close the chapter on what was a franchise worst record, but focus on making improvements in the year ahead. Before the Postseason kicks off, I want to take a look back at the good, bad, and ugly that is the numerical values for Minnesota in 2016.

At the end of the season, there was significantly more bad than good for the Twins. That's probably to be expected when you lose 103 games. If the Twins can take the few things that are worth building upon, and carry them into 2017, a clean slate for the year ahead remains the biggest positive for the future.
Posted by tlschwerz at 8:05 AM