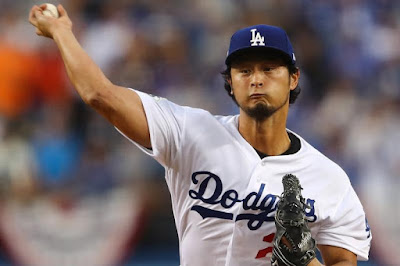 At the Minnesota Twins embarked upon the offseason, one area of necessary improvement was in finding a top of the rotation starting pitcher. While ace types don't grow on trees, the free agent landscape had a few answers. Now, as the crop of available arms has thinned, it begs wondering whether it's Yu Darvish or bust for the hometown team.

While it's true that the Twins need to address starting pitching, it's also a fact that they need to focus on it at the top. Ervin Santana and Jose Berrios are currently the top two options for the club. As things stand, Santana is a nice 2 or 3 type, while Berrios fits in there with a potential to climb higher. Behind them though, there's a large group of guys that represent back end rotation options. Everyone from Kyle Gibson and Phil Hughes to Trevor May, Aaron Slegers, Dietrich Enns, Adalberto Mejia, and Felix Jorge would be among this bunch. That's a lot of arms that have very similar projections.

For Minnesota to best position themselves coming off a Wild Card season, they'll need to put their best foot forward on the 2018 Opening Day roster. Both the New York Yankees and Los Angeles Angels have gotten significantly better, and Minnesota's best opportunity may be in taking sights at a weak AL Central. Expecting just five starters to make appearances all year is a pipe dream (heck, in 2017 the Twins used 16), so having the depth arms helps. What a glut of back end options doesn't do however, is raise the overall water level.

Unfortunately for Minnesota, it's getting to the point that Darvish may be the only option that moves the needle. Both Lance Lynn and Alex Cobb still remain on the open market. Returning from Tommy John surgery, Lynn posted a 7.4 K/9 along with a 3.43 ERA in 2017. Those marks are down from his career norms, and while he could see an uptick the further he gets from Tommy John, there's no guarantees at 31 years old. Cobb had a healthy 2017, and while it wasn't the 2.82 ERA and 8.2 K/9 he posted in 2013/14, his 6.4 K/9 and 3.66 ERA would be more than serviceable for the Twins. Both of those guys however, check in right at the level of Santana and Berrios.

Of the remaining options (and ruling out Jake Arrieta based upon projected value and asking price), Darvish is clearly a step above the rest. His 3.86 ERA in 2017 isn't glowing, but the 10.1 K/9 and 2.8 BB/9 numbers were nothing short of ace-like. He fared significantly better once out of the hitters park that is the Ballpark in Arlington, and Target Field would be more than a welcoming home. He'll also be further removed from Tommy John surgery, and while he too will be 31, the velocity (94.7mph in 2017) was actually above his pre-surgery years.

Should Minnesota end up landing on either Cobb or Lynn, they'll likely pay something north of an average annual value of $12 million to get them. Yes, it's fair to assume that Darvish is going to command double that, but it comes down to what kind of staff Derek Falvey and Thad Levine want to build. Adding Lynn or Cobb would give the Twins a three headed top half that resembles a good level of quality without a top end expectation of performance. Thrusting Darvish into the top of the group would allow the Twins an arm they could lean on winning games by its own merits every fifth day.

There's a lot to unpack, and deciding to drop that amount of cash into one player is undoubtedly a tough ask. For Minnesota though, this seems like the perfect storm to splurge a bit, and neither Lynn or Cobb fall within those parameters. The Twins are hardly the only team vying for his services, but it'll be a tough pill to swallow if Yu ends up elsewhere in 2018.
Posted by tlschwerz at 8:46 AM