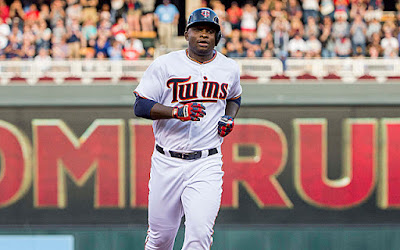 While you were opening presents, spending time with your family, and scarfing down cookies on Christmas, the Minnesota Twins went shopping in the free agent pool. Zach Duke becomes the latest member of Paul Molitor's bullpen, and that has some different narratives we need to discuss. Then this morning, Darren Wolfson dropped a Miguel Sano sized bomb that needs some more dissecting as well.

Duke, who will pitch the 2018 season at the age of 35, is just over a year removed from Tommy John surgery. After undergoing the procedure in September of 2016, he returned for 27 appearances and 18.1 IP for the Cardinals a year ago. In that time, he posted a 3.93 ERA along with a 5.9 K/9 and 2.9 BB/9. What makes Duke intriguing however, is what his numbers look like immediately prior to his injury.

Having pitched as a starter for the entirety of his time with the Pirates (2005-10), Duke didn't become a true full-time reliever until 2014. In his three years of relief work, he posted a 2.74 ERA across 180.1 IP for the Brewers, White Sox, and Cardinals. That number also came with a glowing 10.4 K/9 and a 3.9 BB/9. Out of the pen, Duke really didn't see much of a velocity boost, still hovering around the 89 mph range.

In 2017, Duke returned with his fastball averaging 88.1 mph (so slightly down from pre-surgery). He utilizes a sinker, slider, changeup, and curveball making him a valuable four-pitch pitcher in relief. As a lefty, Minnesota can now look at Buddy Boshers as expendable, and would then have an avenue to get the 40 man roster back to 39 players.

Per Darren Wolfson, Duke's deal is a one-year contract worth something like $1.5-2 million. This follows along the same lines as what I believe the Twins told us with Fernando Rodney. They looked for relief help that could be had on one-year deals with significant upside. Both Duke and Rodney are bolster a pen that needed help in 2017, and neither are true roadblocks to the emergence of players such as Tyler Jay, Alan Busenitz, J.T. Chargois, or Jake Reed. Rather than building an expensive pen, Minnesota is getting creative and making what seem to be smart decisions.

On another front, it appears that the Twins are exploring all avenues when it comes to bettering the roster as a whole. Talking on 1500 ESPN, Wolfson noted that Miguel Sano has been a name floated by Minnesota in trade talks. This hardly comes as a surprise, and I firmly believe Sano is the best piece of the young core to move if you are going to do so.

Making an offer to another team with Sano as the headliner right now could be a bit tricky. Although his .859 OPS a year ago represented a great season (and a career high 28 HRs), he's coming off a season ending surgery that resulted in a rod being inserted in his leg. Going forward, the Twins have suggested they don't see any limitations, but at this point, that's hardly a sure thing. When considering the landscape of Twins talent however, Sano's skillset jumps out as the most replaceable asset.

Going into any given year, you can expect a handful of things from Miguel Sano. He's probably going to play over an ideal weight, he'll hit a significant amount of home runs, he'll draw a decent amount of walks, the strikeouts will be there, and at times you'll need to utilize first base or the designated hitter spot to get him off of third. There's a lot of good in those realities, but there's a few very real detractors as well. Those detractors are no doubt the highlights of the conversations Minnesota's front office must have when considering moving their All Star third basemen.

Even with the injury uncertainty, Minnesota isn't simply going to have to give Sano away. While it may deflate his value a bit, I'd bet that there's plenty of teams looking at him as a future cornerstone. Should a match be made in which Sano can return front line pitching, I'd suggest that as something the Twins should explore. If Yu Darvish can't be had on the open market, a swap of Chris Archer for Miguel Sano (and another piece or two) could be something that would benefit the Twins in the long run.

Getting a controllable pitcher, with ace potential, in return for a power hitting corner infielder seems to be a decent tradeoff. Third base isn't a position with a ton of options, but both Todd Frazier and Mike Moustakas remain available for a team to jump at. Eduardo Escobar could also assume the starting role, with a bigger bopper but lesser fielder left on the bench to rotate in. At any rate, the tradeoff seems one worth exploring.

As things stand now, I'd imagine Minnesota would prefer to sign Darvish as opposed to trading Sano. Keeping physical assets while spending cash should always be the preferred mode of acquisition with all things being equal. However, as the scenarios work themselves out, it certainly appears like Thad Levine and Derek Falvey have a backup plan or two in place. The Hot Stove may be cool for the moment, but I don't think we'll continue to see it stay that way for the rest of the winter.
Posted by tlschwerz at 10:45 AM