Minnesota Makes Much Of Nothing 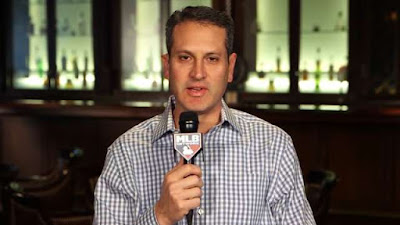 When Derek Falvey and Thad Levine consummated trades with both the Seattle Mariners and Los Angeles Angels, they made much of absolutely nothing. Sending $1 million worth of International Bonus Pool space to both teams, the Twins got two legitimate prospects in return. Knowing that Bonus Pool is really not cash at all, makes the move even more shrewd.

Going into the offseason, the Twins had the third largest International Bonus pool to offer Shohei Ohtani or any other international free agent they wanted to grab. Once Ohtani let them know they weren't going to make his final cut, the club has significantly more clarity as to what they should use that flexibility for. International Bonus Pools really aren't money in terms of actual cash, but instead a threshold of what you can offer to players. With no one making the Twins jump, Falvey and Levine preyed on two teams still in the running for the assumed Japanese superstar.

Obviously there is only one Ohtani, so both the Mariners and Angels aren't going to end up with him. Each felt the additional spending flexibility would increase their chances however, and they parted with legitimate pieces to obtain that. The Angels gave up 2017 3rd round pick Jacob Pearson, while the Mariners parted with 5th round pick David Banuelos. For the Twins, two legitimate prospects looks a lot better than inanimate money destined for nowhere.

While the Angels farm system is notably weak, Pearson was their 5th overall prospect. MLB Pipeline slots him in at 22 for Minnesota, and I'd suggested he'd be 15th on my list. Banuelos would be outside the top 15, but I suggested I'd have him 18th behind LaMonte Wade and Akil Baddoo. Both players also fill a significant need on the farm, with Pearson able to play CF and Banuelos being an legitimate catcher.

Going forward, both players are going to take time to develop. Pearson is a high schooler from Louisiana that was headed to play on the same LSU team as (now teammate) Blayne Enlow. Banuelos is just 21 and also has less than a year of pro ball under his belt. The expectation from Pearson is that there should be some speed and a little pop in his bat, while Banuelos is seen as a strong receiver with very good pop times. Many of the Twins prospect outfield types are on the corners, and behind the dish, it's really just Ben Rortvedt.

We won't know how the narrative of these two players works out for at least the next couple of years, but right now, the process was executed flawlessly. Minnesota tried their hand at landing Ohtani, and when they couldn't, they preyed on those teams still in the running, They now have eight players taken in the first five rounds of the 2017 MLB draft, and adding talent to an organization is always a good practice.

The organization should have something like $1.2 million left in International Bonus spending space, and that should be enough to lure former signee Jelfry Marte if the club is still interested (per Darren Wolfson). There's no telling what Minnesota does with the rest of their allotment, and they may choose to do nothing at all. Right now though, we know that the move they made was an exceptional one.

Oh, and too bad to Seattle or Los Angeles, whichever one of of you doesn't land Ohtani and dealt on false hope.
Posted by tlschwerz at 9:34 AM