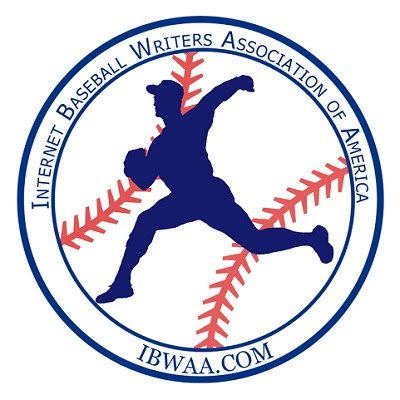 Thanks to the being included among the host of writers in the Internet Baseball Writers Association of America, I am granted the privilege of casting a Hall of Fame ballot. While the Baseball Writers Association of America has not yet decided to include bloggers (though the inclusion of MLB.com writers is a good start), the IBWAA provides a platform for voices to be heard.

In casting my Hall of Fame ballot this year, I feel good about the candidates I have chosen. There's probably some benefit in laying so ground rules though first. Starting with the IBWAA itself, please not that Jeff Bagwell, Mike Piazza, and Tim Raines have already been voted in (hence the exclusion on the ballot). Also, unlike the stoneage practice of the BBWAA, the IBWAA ballot allows for up to 15 candidates to be considered.

Now, regarding my own personal ground rules. I think most things are self explanatory and the reasons for each candidate will be fledged out below. That said, when it comes to PEDs and steroids, they don't matter to me. I fully believe that baseball should celebrate its eras, and the steroid era was one welcomed by former Commissioner Selig. Retroactively punishing those who are more than worthy on whatever merits you'd like to consider is counterproductive, get them in. If you need more of an explanation there, read this.

Ok, now that we have that out of the way, here we go.

It's a no brainer. The all-time home run king (762) is arguably the best player to ever step on the field. A seven-time MVP, eight-time Gold Glove winner, and 14-time All Star, Bonds did it all.

The Rocket is one of the greatest pitchers to ever grace the mound. He's won seven Cy Young awards, claimed an MVP as a pitcher, and was invited to 11 All Star Games. His 4,672 strikeouts were buoyed by leading the big leagues five separate times.

Edmonds inclusion on the ballot is almost solely defensively driven, although his .284/.376/.527 career slash line is nothing to scoff at. Edmonds collected eight Gold Gloves, and appeared in four All Star games. He also finished just seven home runs shy of the 400 mark.

What may be most impressive in Griffey's resume is that it's only about half of what he could have accomplished with a better health record. He won an MVP award, was a 13-time All Star, and picked up 10 Gold Gloves. The Kid slugged 630 homers and was a once in a generation type player.

At one point the All-Time saves leader, Hoffman's 601 career saves still rank second, trailing only Mariano Rivera. His career 2.87 ERA was is dazzling, and the seven-time All Star has a place in the Hall.

The first true designated hitter to break into the Hall, Martinez picked up seven All Star appearances, and totaled five Silver Sluggers. Playing his entire 18 year career for the Mariners, Martinez also compiled 309 homers and drove in over 1,200 runs.

The Crime Dog spent many of his early season among MVP discussions. Despite never winning won, he finished fourth in 1993. He was elected to five All Star games and won three Silver Slugger awards. It's his 493 career home runs that get him over the top and into the Hall however.

Pitching his entire career in the AL East, Mussina was a household name for Yankees and Orioles fans. Making five All Star games, and winning seven Gold Gloves, Mussina has his fair share of awards. Totaling 270 wins, and just over 2,800 strikeouts, Mussina comes up just short of the guaranteed numbers.

Bloody sock nonsense aside, Schilling is a three time Cy Young runner-up, and six-time All Star. He struck out 3,116 batters in his career and owns a 3.46 ERA while totaling more than 200 wins. Three World Series rings, an MVP, and a 2.23 postseason ERA do him favors as well.

When it comes to closers, before there was Trevor Hoffman or Mariano Rivera, there was Lee Smith. His 478 saves still rank third among major league career numbers, and likely will stand there for quite some time. Smith was also a seven time All Star.

Trammell is undoubtedly one of the best shortstops to play the game. In his 20 years, he was a six-time All Star, picking up four Gold Gloves and three Silver Slugger awards. His 20 years with the Detroit Tigers should have a place in the Hall.

Although he played the field plenty, Walker also turned in a nice run spending time in both the infield and outfield. He was the 1997 NL MVP and made five All Star games. His glove netted him seven Gold Gloves and his bat produced three Silver Slugger awards. Walker finished his 17 seasons with 383 homers and drove in over 1,300 runs.
Posted by tlschwerz at 9:47 AM