Positioning The Twins Lineup For Success 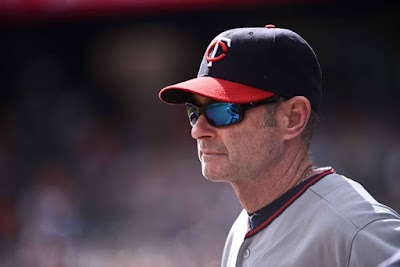 Going into the offseason, the Minnesota Twins offense was set for the most part. With youth on the way, some already inserted, and more internal contributions expected, making a big splash there wasn't necessarily needed. Terry Ryan surprised baseball when he inked Byung Ho Park, and thus far, has done the same in sticking to his guns and not dealing Trevor Plouffe.

That brings us to where we are now. Just a few months from pitchers and catchers reporting to Spring Training, the Twins offense shouldn't have many unexpected surprises left. Although other parts of the 25 man roster could use some tweaking, the order should begin to take shape. With that said, here's how I see it best set up for success, and some rough projections of what plays out.

Calling Buxton's debut offensively a disappointment would be an understatement. Baseball's top prospect slashed just .209/.250/.326 in his first 46 big league games. After a brief stint at Triple-A (in which he hit in all 13 games and compiled a .400 avg) Buxton returned to the Twins. Over his final nine games, Buxton hit .318/.348/.682 with four extra base hits. It's a small sample size, but something the Twins hope sparks an offseason of readying for big league production in 2016. I don't see Buxton having the year one-year two splits that Mike Trout did, but he should be significantly better in the year ahead.

For the first time in his career, Dozier was named to the All Star game. Although he looked like an MVP candidate the first half, he faded significantly down the stretch for the second year in a row. Finishing with a worse average and on base percentage than 2014, Dozier's strikeout totals increased substantially. Dozier actually has worse numbers in the two hole, but profiles as a better fit there. With Buxton on base often ahead of him, his power should play to benefit the Twins more in this role. If he can unlock the key behind a complete season, 2016 should be Dozier's best season yet.

In the three hole, I really am torn as to whether it's Park or Miguel Sano that makes more sense. Both are going to strike out a healthy (or maybe unhealthy) amount, but Sano has already had his welcome tour in the big leagues. Regardless, rather than move Sano from the cleanup role he's comfortable in, Park gets the nod here. I'm not as concerned about his transition to the big leagues as some may be, and his power will settle in just fine. If the Twins in fact are getting a better, and more powerful Jung Ho Kang, this will be a steal and one heck of a force in the lineup.

Just typing Sano in right field seems wrong, but here we are. In a worst case scenario, the Twins are going to have an atrocity (think worse than Josh Willingham) in right field, on the flip side though, it could work. What Minnesota can't afford, is that the position shift takes away from Sano's hitting approach. He's still going to strike out a ton, but I'd hope this offseason and spring is focused on developing a more honed in approach at the plate. You can expect Sano to launch plenty of longballs this year.

In 2016, Mauer's resurgence could be sparked by nothing more than a drop in the lineup. It's something I recently considered here at Off The Baggy. No longer a key production cog, Mauer is afforded the ability to settle in and produce at his own pacer. A professional hitter, Mauer dropping in the order could produce a season that sees him inch back towards the .300 hitter he once was year in and year out. Splitting up the right handed bats, Mauer following Sano makes a lot of sense. Turning in another healthy season, expect Mauer's numbers to be on the uptick from a season ago.

While there was some reason for Plouffe to be on the trade block, the argument was always that he was most beneficial to the Twins. A power hitter that has peaked later in his career, Plouffe has blossomed into one of the best third basemen in the big leagues. Hitting sixth in this Twins lineup only highlights how much talent this squad has offensively compared to recent years. Building on 2015, Plouffe rounds out the group of power hitters ahead of him.

Getting his first taste of the big leagues in 2015, Rosario did not disappoint. On the surface, his offensive numbers were stellar across the board. What they masked was a free swinging tendency that makes him arguably the greatest candidate for regression in the year ahead. His defense is going to play regardless, but his offensive production remains somewhat of a mystery. He needs to improve upon his 14.5 swinging strike percentage as well as his swinging at pitches outside of the zone at an astonishing 46% clip. He's not going to fall off a cliff, but repeating 2015 is a tough ask.

No doubt the Twins acquired John Ryan Murphy with the intention of making him their every day catcher. That may no happen from the get go, but it's hard to trust Suzuki after the tough offensive season he had in 2015. Combine that with a 15% caught stealing rate (as opposed to the 32% league average), and the Twins are losing games with Suzuki behind the dish. Murphy owns a .267/.311/.374 career slash line, and is just 24 years-old. The job should be his to run with sooner rather than later.

If last season is any indication, Escobar may be the best Twins number nine hitter in recent memory. After Minnesota dabbled with the idea to bring in Troy Tulowitzki, Escobar outslugged him and every other shortstop for the better part of the season's second half. With career high power numbers, and an above average glove at short, the Twins have found someone who can hold it down for the forseeable future.

In its current construction this Twins lineup is one filled with power threats. There's also a high probability for strikeouts, so the Twins will need to manufacture runs where they can. Coming off a season in which they trailed on the Kansas City Royals in clutch hitting, Minnesota will want to rely more on consistency than timely production in the year ahead. Things are set up well for Minnesota to replicate their 2015 record. Whether they can take the next step remains the question.

Posted by tlschwerz at 8:10 AM