Whose Arm Rises Top The Top? 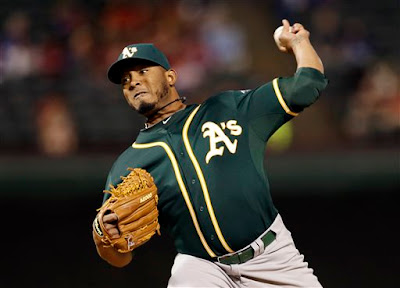 The Minnesota Twins entered the offseason prior to the 2016 Major League Baseball season with a significant glaring weakness. While the team overachieved a season ago, it was the bullpen that needed the most attention in the months ahead. Although there hasn't been a ton of movement, Terry Ryan seems to have a plan in place.

As things stand currently, it appears the Twins are set to head into the spring with low risk signings in hopes of one or two working out. Despite that being somewhat of a risky proposition, it also signifies that both Ryan and Paul Molitor may be willing to turn to internal options such as Nick Burdi or Jake Reed in short fashion.

Regardless of who ends up becoming a mainstay in the Twins bullpen not only in 2016, but going forward, Minnesota has made some moves to bolster the competition. The question is, who works out like Blaine Boyer of 2015, and which guys are more of the Tim Stauffer mold?

Let's take a look at the three Minor League deals the Twins issued with invites to Spring Training:

Unlike the next two names, Kintzler is in an uphill battle from the get go. Regardless of whether Kintzler is the best pitcher Minnesota signed to a MiLB deal this offseason, he's not left-handed. Minnesota has a handful of righties ready for pen action, and that's also where the internal strength lies.

Kintzler, who's 30, pitched just 7.0 big league innings in 2015. He compiled an ugly 6.43 ERA and his 5.13 FIP was the worst mark since his debut season. Owning just a 6.7 K/9 career mark, Kinztler doesn't blow the ball past many hitters, and relies on his defense while walking just 2.5 per nine. Across 2013-14, Kinztler totaled a 2.93 ERA for the Brewers in 135.1 relief innings. His 3.46 FIP was respectable, and at worst, he should be a solid depth addition for the Twins at Triple-A Rochester.

The 27 year-old lefty brings a smile with his unique name, but make no mistake, the Twins brought him in to compete. Boshers hasn't pitched in the big leagues since 2013, his debut season, with the Los Angeles Angels. In 15.1 IP, he owned a 4.70 ERA. It's out of the Independent League that Boshers finds himself leaving now however.

After owning a 3.28 ERA in Triple-A for the Angels organization as a 26 year-old, Boshers left affiliated baseball. Playing in Indy ball in 2015, he was dominant. For Atlantic League, Somerset, Boshers compiled a 1.00 ERA in 54.0 IP. He fanned batters at an impressive 11.8 K/9 pace and walked just 2.3 per nine. Owning a 0.981 WHIP, Boshers was lights out and limited damage in nearly every possible fashion. Although a big step away from Indy ball, Boshers has strikeout stuff and could be an intriguing spring training name to watch.

Despite regressing virtually across the board in 2015, Abad struck out a career high 8.5 per nine. He gave up significantly too many homers, 2.1 per nine (his worst make since 2011), and was just shy of 9 hits per nine (8.5). Abad however is just a season removed from a sub-2.00 ERA and has had success in the American League. If he can use Target Field's pitcher friendliness to his advantage, he should be expected to contribute in a big way during 2016.

Chance to make the Opening Day roster: 75%
Posted by tlschwerz at 10:01 PM