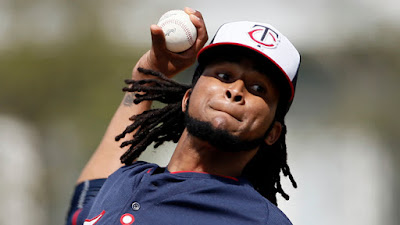 The Minnesota Twins went into the offseason needing to take a look at how to improve their pitching prowess in 2016. While the starting rotation was not necessarily the culprit, the bullpen definitely left a lot to be desired. Although the Twins have a handful of pitchers in the quantity department, the lack of quality starters could end up hurting them.

Knowing that the goal is to make the team better as a whole, sending Trevor May to the bullpen appears to be Paul Molitor's plan of action. It's a good one, and allows the quality across the board to be raised, while using the starting quantity in other ways. Despite having about eight options, Molitor's rotation should be relatively projectable at this point.

After taking a look at the Opening Day lineup and what the production could look like, the focus turns elsewhere. Although we're still months away from pitchers and catchers reporting to Spring Training, here's what you can expect the Twins rotation to look like, and some thoughts on how they may perform.

Santana made just 17 starts for the Twins a season ago, being suspended for the first half of the season due to a failed drug test. After being the big offseason acquisition, it was assumed that Santana would headline the rotation. I cautioned that there were some slight detractors that could have Santana performing at less than an ideal level, but it was how he finished that shined the most.

Over his final seven starts, Santana owned a sparkling 1.62 ERA en route to a 5-1 record. He allowed opposing hitters to slash just .209/.275/.294 off of him in that stretch. Although the 4.00 ERA and 4.17 FIP were steps back from his past two seasons, they were also a by-product of a slow start. He was striking out less hitters and walking more batters in his first go round for the Twins. That said, a normal season should do Santana plenty good. Expecting him to pitch to the tune of the 3.24 ERA he owned just two years ago with the Royals is not out of the realm of possibility.

If there was a guy who had a tough act to follow in 2015, it was no doubt Hughes. After being a Cy Young candidate in his first season with the Twins, the former Yankee took significant steps backwards. Once again plagued by the long ball, Hughes' 29 home runs surrendered was tied for the American League lead. Although he finished with a 4.40 ERA, things could have been much uglier had so many of those 29 homers not been of the solo variety.

Expecting Hughes to replicate his 2014 season was always going to be a tough ask. Assuming he'd lead the league in home runs given up despite moving to a much larger park than the Cracker Jack box that is Yankee Stadium was also hard to fathom. In the year ahead, Hughes should flip the script and be one of the best candidates on the Twins for a bounce back year. Dropping his 2015 1.7 HR/9 total back towards his career 1.2 HR/9 mark is where everything begins.

For what amounted to most of 2015, Kyle Gibson was far and away the Twins best starter. His ERA ranked consistently among the best in the American League, and even with a few clunkers sprinkled in, finished at 3.84 on the year. Gibson isn't flashy, and he doesn't do anything to an extremely high level, but he's very good across the board.

A season ago, Gibson posted career best numbers in ERA, starts, innings pitched, complete games, strikeouts, WHIP, and K/9. Entering his third full year as a big leaguer, the former Twins first round pick should only be expected to take another step forward. At 28, Gibson is a late-bloomer having not debuted until 25 after missing time due to Tommy John surgery. Expect him to build on his impressive 2015 and turn in a similar performance in the year ahead.

While it's Jose Berrios that generates the most hype of all Minnesota Twins pitching prospects, it was Duffey that drew the Opening Day start at Double-A Chattanooga in 2015 (Berrios pitched game 2). Duffey excelled in Tennessee, and then replicated the success at Triple-A Rochester. When he arrived in Minnesota, more of the same continued, and the Twins were all the better for it.

In his first 10 starts, Duffey compiled a 3.10 ERA backed by a 3.24 FIP. His 8.2 K/9 was much needed for a Twins staff lacking strikeouts, and his walk rate was kept in check at 3.1 per nine. On the surface, his debut season was a resounding success. If you take away his debut game, a six run outing in Toronto, Duffey posted a 2.25 ERA allowing opposing hitters to bat for just a .244 average off of him. A great back end of the rotation option, Duffey gives the Twins some needed punch in 2016.

Rounding out the Twins starting rotation is Milone, the lone lefty, and a very capable big league starter. While he may be a placeholder for the likes of Berrios, Milone is also more than capable of holding down the job. Despite up and down numbers with the Twins in 2015, he posted a 3.92 ERA across 23 starts. He's just a year removed from an even better 3.55 mark in 16 starts with the Athletics.

After being bumped from the rotation a season ago, Milone went to Triple-A Rochester and was absolutely unhittable. His 0.70 ERA across five Triple-A starts in May got him the call back to the big leagues. The rest of the way, Milone traded good and bad performances, but finished with two strong outings against the Royals and Indians. Milone's ceiling probably isn't comparable to that of other pitchers looking to crack the rotation, but there's also a level of certainty in what he'll give you.

The Twins starting rotation, as with all big league teams, is going to shuffle throughout the year. It would be tough to imagine Milone making a full season's worth of starts, and there will be injuries along the way. Jose Berrios will make his much anticipated debut relatively early on, and we could see a few other names push their way in. On Opening Day though, this is what I expect it to look like.

If that's the case, the Twins should feel as though they are in a place that allows them to compete on a daily basis.
Posted by tlschwerz at 8:46 AM