The Twins Next Version Of Regression 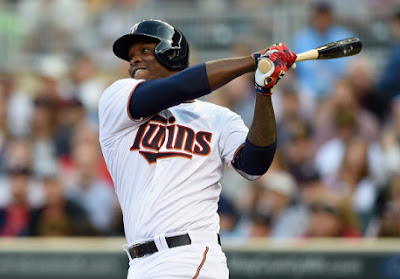 Going into the 2015 season, the Minnesota Twins had a handful of players that were going into prove it seasons. With youth starting to show up at the major league level, it would be a newly appointed first-year manager Paul Molitor to get the most out of his team. Pushing for a playoff spot and winning more than half of the teams games, Molitor did that, but regression still showed up.

Probably most notable in terms of regression was Danny Santana. As a 23 year-old, Santana burst onto the scene manning the outfield for Minnesota. Slashing .319/.353/.472 in his first big league season, the Dominican Republic product had made a great first impression. Unfortunately the numbers were inflated due to a ridiculous .405 BABIP (batting average on balls in play).

With the Twins looking to improve upon a promising 2015 season, there's a few players that regression could get to. For Molitor, it's about making the impact be felt at a significantly lesser level than that of Santana, Vargas, or even Kurt Suzuki in 2015.

It's a very curious situation when it comes to Miguel Sano, but there's some reason to believe he could experience regression in year two. After slashing .269/.385/.530 in his first 80 big league games, Sano set the bar high. His 18 homers and 52 runs batted in were more than impressive. What causes some concern is the 119 strikeouts, a pace that would have blown by a team record and likely led the big leagues.

Like Santana before him, Sano had a high BABIP (.396) a year ago. What is different however is that it's probably sustainable. With a 43.2% of balls being of the hard hit category, Sano makes any batted ball he puts in play a difficult ask to field nearly half of the time. He also hit line drives at just under a 25% clip a season ago. Both of those revelations should bolster a respectable BABIP throughout his career.

Looking into Sano's strikeouts, there's two numbers the Twins slugger should be most focused on. In 2015, Sano swung at pitches outside of the strike zone 25.9% of the time. He also swung and missed at 15.7% of pitches. Should the slugger be able to decrease either of those marks, the expectation that his power trumps the whiff rate will remain extremely high.

Another guy with some uncertain peripherals going forward is standout left fielder, Eddie Rosario. After bursting onto the scene in a fashion very similar to Santana, it was Rosario who would have been the nicer asset to see moved instead of Aaron Hicks. Unfortunately, most teams around the big leagues see the same red flags when it comes to the Puerto Rican.

In his first big league season, Rosario put up a nice .267/.289/.459 slash line. The ugly number in there is that middle one however. Rosario struck out 118 times in 122 games while drawing just 15 walks. For all of his advanced metrics ranking extremely well defensively, it's the offensive ones that scream warning.

Rosario is far from a hulking hitter. Sure he collected 15 triples and slugged 13 homers, but he hit the ball hard just 29% of the time. On top of that, calling Rosario a free-swinger would be a massive understatement. Across his 2015 at bats, Rosario swung at pitches outside of the strike zone a ridiculously 46% of the time. Despite chasing far too often, it is worth noting that he swung and missed just 14.5% of the time, less than that of Sano.

It's probably not in the cards for the Twins to completely redefine Rosario's approach. The task for Tom Brunansky though is going to be getting Rosario to develop a more professional approach in the box. Rather than chasing the marginal pitches, sit and wait for his pitch more of the time. The walk rate absolutely has to increase, and continuing on the current trajectory could provide cause for concern.

Going forward, there's little reason to believe that Miguel Sano is anything but a contributor for the Twins. Rosario remains a much riskier proposition in that department. Sano's ceiling is only going to be limited by the strikeouts he can shave off, while Rosario may have hit his without a retooled approach at the plate.

The Twins don't have as many major causes for concern in the regression department as they did a season ago, but both Sano and Rosario's 2016 approach is one worth monitoring.
Posted by tlschwerz at 10:47 AM