Which Bats Cash In On MiLB Deals? 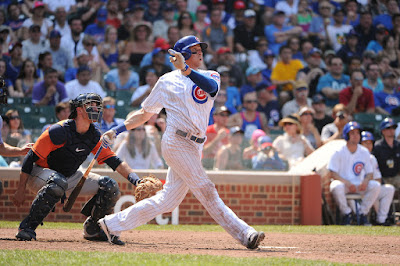 The Minnesota Twins needed to address a few key areas this offseason. The most glaring issue was no doubt the bullpen, but the biggest splash has come by way of the offense. In signing Byung Ho Park, Minnesota gets a legitimate middle of the order bat. Knowing that winning is about the full 25 man roster however, it's who rounds out the final spots that may make the most difference.

Over the past month or so, the Twins have offered a handful of low-risk, MiLB deals with invites to spring training. Knowing there's at least an opening for a 4th outfielder, someone is going to rise to the top. The question is, who is it?

The brother of Baltimore Orioles closer Zach Britton, Buck comes to the Twins at the age of 29. Yet to debut in the big leagues, and a former 35th round selection, Britton has an uphill battle ahead of him. Britton is an infielder, but has some outfield experience in his career.

Last season playing at Triple-A in the Los Angeles Dodgers organization, Britton owned a .262/.311/.374 slash line. There's not much speed or power to his game, and extra base hits as a whole are often sparse. A contact dependent utility guy, Britton's appeal to the Twins is more likely as organizational depth.

Tovar is interesting in that he's just 24, and was once a well-regarded New York Mets prospect. He made his big league debut at 21 and didn't appear in 2015. Despite relatively mediocre minor league numbers, Tovar has actually trended in the right direction offensively of late.

At Triple-A last season, Tovar slashed .283/.327/.356. While he had just 19 extra-base hits, speed was no doubt his game. Tovar stole 30 bases, the first time he's topped the 20 mark in his career. His inclusion in both the Twins organization and spring training is an interesting one. Eduardo Escobar is entrenched as the Opening Day shortstop, but outside of Eduardo Nunez, there's not much depth. Danny Santana is an atrocity in the infield, and Jorge Polanco doesn't profile as a shortstop. If Tovar can hit, he may make more sense than Nunez, and regardless, should be a nice depth addition for the organization.

The first of two former organizational players that the Twins have brought back this offseason, Mastroianni rejoins the fold. The majority of Darin's big league time came with the Twins during the 90 loss campaigns. He spent all of last season at Triple-A between both the Nationals and Phillies organizations.

Owning a .257/.308/.345 slash line in 2015, Mastroianni did much of what his career has been. He picked up 26 doubles, stole a handful of bases (25), and played solid defense. Speed has always been his greatest asset, and he's a defensive replacement at best in the big leagues. With just a .212 career MLB average, he's never going to hit enough to stick. Mastroianni has familiarity with the Twins on his side, but he's probably too one dimensional to be a factor on a Twins team looking to turn the corner.

It's pretty easy to peg the former White Sox and Cubs outfielder as the most intriguing offensive MiLB signing of the offseason. Sweeney is now 30, but owns a career .276 average at the big league level. A competent outfielder over the course of his nine-year career, Minnesota is hoping Sweeney brings more than just a name to Fort Myers.

The oddity to Sweeney's story is that he didn't play organized baseball at all in 2014. After playing 77 games for the Cubs in 2014, Sweeney disappeared. His 2014 saw an uninspiring .251/.304/.338 slash line with just 12 extra-base hits and 20 runs batted in. In 2013, Sweeney posted a respectable .772 OPS across 70 games for the Cubs. Should he be able to replicate that type of performance, the Twins would have found themselves a worthwhile 4th outfielder, and an offensive upgrade over Shane Robinson.

Quite possibly the most exciting MiLB deal the Twins handed out this offseason, former top Twins prospect Benson is back in the organization. After being moved on from in favor of Aaron Hicks, Benson has bounced around some. Following his 2011 MLB debut with Minnesota, he has yet to reach the bigs again.

Having now played for the Rangers, Marlins, Mets, and Braves organizations, Benson finds his way back to where it all began. Nearly making the Braves out of spring training a season ago, Benson ended up playing in Indy ball for a portion of 2015. His affiliated slash line was .248/.351/.361 in 95 games, and he's hoping to make it stick in familiar territory. Once regarded as a five-tool prospect, the 27 year old has some interesting appeal this season. Probably best positioned to compete with Sweeney, Benson also should serve as a nice organizational depth piece.

Chance to make Opening Day roster: 33%
Posted by tlschwerz at 9:34 AM