Inside The Twins: A National Perspective 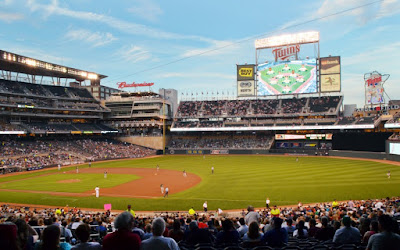 More often than not, the Minnesota Twins don't take the stage front and center when the audience becomes national. As a small market club, the organization is more noticed for being the underdog story it was during the 2015 season. However, with the Twins signing of Byung Ho Park, this offseason has provided a handful of fireworks already.

Looking to get more of a national perspective on the state of the Twins, and where the belief the the organization is going, I had the privilege of speaking with Chris Cotillo. Cotillo covers Major League Baseball over at SB Nation's MLB Daily Dish. He's a Lead Writer there, and is often noticed breaking stories all around the league.

Gaining momentum as a national source after breaking the Ricky Nolasco signing, Cotillo has a special tie to the Twins. Here's how he see the organization now and going forward:

Off The Baggy: Last season, the Twins were one of the most surprising teams in all of baseball. With the production and season they had, what surprised you most about the team in Paul Molitor's first year?
Chris Cotillo: I think everyone who covers baseball was surprised to see them hang in until the end like they did. They really showed a great mix of veteran leadership (Hunter, Mauer) and young talent (Sano) and overcame significant adversity (Santana suspension) along the way. 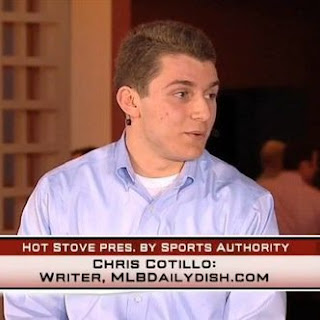 OTB: With a farm system ready to overflow, the Twins should have plenty of top tier youth contributing at the big league level this season. What do you think are some realistic expectations for Byron Buxton in the season ahead?

CC: Buxton has taken a backseat to many other young stars around the game, but I think it's time for a breakout campaign from him. Center field is his now after the Twins traded Hicks, so I expect him to be an everyday star there who can show his five-tool abilities in a prolonged major-league stint. It's tough to predict stats for someone who does so many things well, but I have high expectations.
OTB: In somewhat of a surprising move, the Twins ended up winning the bid for Korean slugger, Byung Ho Park. What do you see Park contributing during his first year in the big leagues?

CC: Pretty much everyone was surprised by that move, and it will definitely set off a chain reaction of moving parts involving Mauer, Plouffe and Sano. Park will provide some pop in the middle of the order at a time where right-handed power is at a premium.
OTB: Looking at the free agent market, the Twins biggest offseason deficiencies were behind the plate and in the bullpen. They traded for John Ryan Murphy to fix their catching woes, but do you see them making any signings the rest of the way? If so, some names to watch?

CC: I could see a couple of bullpen additions for sure. There are tons of second-tier relievers out there behind O'Day-- Soria, Kelley, Lowe, Badenhop, Hunter, Madson among them.
OTB: Speaking of John Ryan Murphy, what is your take on the Aaron Hicks trade? Classic swap of two players better fit in their new situation, or did the Twins give up on Hicks just as he was about to get going?

CC: I really like the trade for both sides, it is the classic change-of-scenery deal. Murphy was obviously blocked by McCann in New York, and as I said before, it's Buxton time in Minnesota. Hicks may break out and be a long-term option for the Yankees in center, but Twins fans will have to look back and remember that this trade truly did make sense at the time.
OTB: Minnesota no doubt has playoff aspirations in 2016 after the season they just had. An increased level of talent should be on the 25 man throughout the season, but what one thing needs to improve for them to get back to the Postseason?


CC: For me, the rotation is a little bit scary. If they are going to be serious about a postseason run next season, I would like for them to trade from that deep farm system and get a bona fide ace.

While Cotillo is just one of the many national writers covering the game as a whole, the Twins have pushed the envelope and are begging to be noticed. After a strong 2015 and an aggressive start to the offseason, 2016 should continue that trend in a big way.
Posted by tlschwerz at 7:57 AM