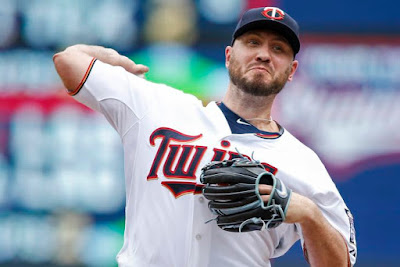 A year ago, the state of the Minnesota Twins bullpen was far from a good place. Going into the season, the front office made sure to let media members know they were off base, and that the relief pitching was in a good place. As the season wore on, that ended up being quite off base, and remains a point of contention heading into 2016. Looking at the Twins current 40 man roster, what does the Twins best bullpen look like?

There's a couple of caveats here that need to be dealt with before diving in. Although the 40 man roster currently sits at full capacity, the Twins would have some serious questions to answer if moves were not still made. There's a couple of different players that could be removed, and there's definitely free agents that could help this team out.

In looking at the bullpen specifically, there are also a couple of contributors both within and outside of the organization that make sense. Guys like Jake Reed and Nick Burdi would make the Twins pen better when they arrive, but shouldn't be counted on from the get go. I'm not sold on the idea that Neal Cotts improves the Twins relief corps, but while still on the market, there's some mutual interest in making a return to Minnesota.

Focusing in on what's immediately available to Paul Molitor and Terry Ryan, the configuration should look something like this:

The former Rule 5 pick has been a solid contributor for the Twins, unfortunately in 2015, he spent a majority of the year on the disabled list. When he did pitch however, he gave the Twins 27.2 innings and owned a 7.2 K/9 mark. Pressly posted a career best 2.84 FIP and tallied just a 2.93 ERA. His 3.9 BB/9 rate was the worst of his career, and the hope would be he could get back towards 2014's 2.5 BB/9 number. Pressly is far from a sure thing, and he's probably a placeholder for a guy like Reed or Burdi, but you could do a lot worse out of the gate.

The first lefty of the group, Darnell slides into what was once a role Brian Duensing held onto. More than just a lefty specialist, Darnell has the ability to eat innings and can do so at a competitive level. He ended 2015 working as a starter for Triple-Rochester. In his five starts, he posted a 0.83 ERA .185/.228/.210 slash line against, and a 7.83 K/9. He didn't appear for the Twins due to sickness following his September call, but expect him to get a crack out of Spring Training.

Much like Darnell, Tonkin has not been given much extended run at the big league level despite minor league success. He was up and down too often a season ago, and never got settled at either level. For the Twins, he threw 23.1 innings and compiled a 3.47 ERA with a 7.3 K/9. At Rochester, Tonkin was virtually unhittable owning a 1.10 ERA, 10.1 K/9. and a 1.1 BB/9. Given an extended stay for the Twins, he could become a trustworthy back-end option with the ability to strike out big league sluggers.

After expecting to be a part of the 2015 season, Meyer had his struggles last year. Despite making his major league debut, it was short-lived. As the calendar turns, so does the year that was, and Meyer is poised for a breakout. Now almost certainly destined for the bullpen, Meyer showed some impressive stuff to close out 2015. In his final 10 games, Meyer threw 22.2 innings and owned a 0.79 ERA. Opposing batters slashed just .192/.293/.205 off of him while he owned a 22/10 K/BB ratio. Meyer's controlled improved at the end of the year, and the Twins pen would welcome his career 10.3 K/9 ratio. In the season ahead, it could be Meyer that ends up being the Twins most important rookie.

Despite what the Twins have said, and likely what May would prefer, starting may not be in the cards out of the gate in 2016. The problem isn't that May is a bad starter (he's actually very good), but instead that the Twins have so much depth there. In pitching May out of the pen, the 5th spot in the rotation can be given to the likes of Tyler Duffey, Taylor Rogers, or even Jose Berrios. As a reliever in 2015, May pitched 34.1 innings owning a 3.15 ERA. His 10.3 K/9 was the best amongst Twins relievers, and his velocity rose as well. May has the makings of a very good pitcher wherever the Twins utilize him, but it would be in their best interest to make that in relief.

Tendered a new contract for the upcoming season, Jepsen is in his final season of arbitration eligibility and is set to become a free agent in 2017. After being acquired from the Rays last season, Jepsen was a vital part of the Twins down the stretch. He owned a 1.61 ERA across 28.0 IP. His 8.0 K/9 was plenty respectable, and his 0.893 WHIP allowed him to fill into the closer role admirably. Jepsen should again be counted on to be a key cog in the late innings, and could end up being one of the league's best setup men in the year ahead.

Looking at the grouping as a whole, the Twins have a very solid mix of options. Turning to youth with upside as well as rolling out proven veterans, this would seem to be the best constructed Opening Day bullpen that Minnesota has had in quite some time. While I expect there to be at least one move yet to be made, that should only further the overall ability of this group.
Posted by tlschwerz at 7:53 AM